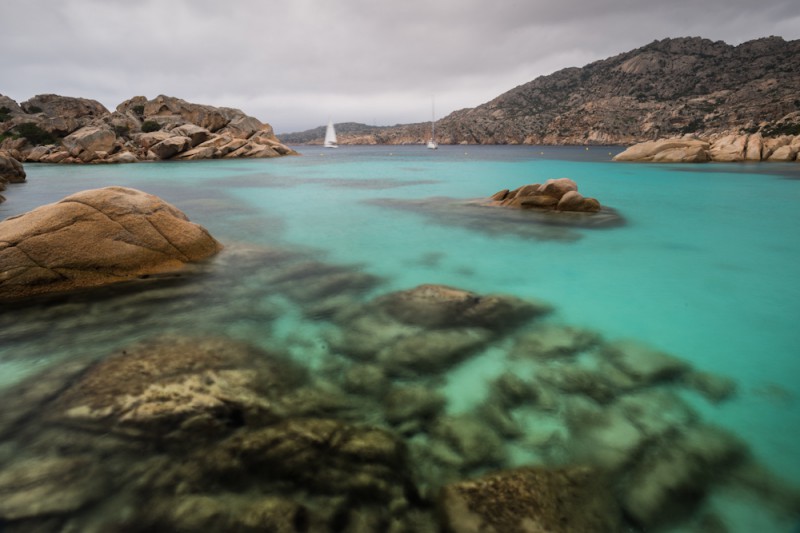 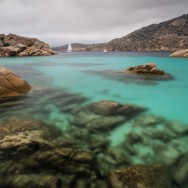 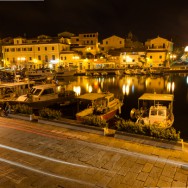 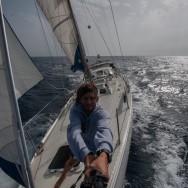 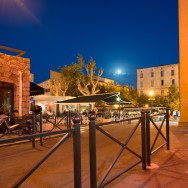 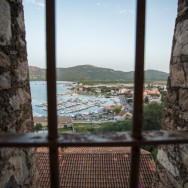 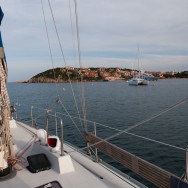 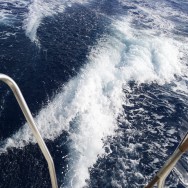 If you ever decide to abandon land life and take to the sea, or any other form of homelessness, one thing you’ll quickly notice is how connected you become to the world around you. When your life is spent outdoors, everything matters. With each passing week we notice the power coming out of the sun as it moves lower and lower on the horizon – at noon we now cast a long shadow, and we have no concern about sunburns any more. We notice the air and water temperature dropping as we move further north – we think twice before jumping in now. We notice the sunrise and sunsets taking longer, and the days becoming shorter – if we didn’t know the world was round and circling around the sun, this would all be hopelessly confusing.

Most importantly for us, however, is the wind. The weather forecasts are accurate on occasion, but more often they are worthless. We found ourselves in a 25 knot blow yesterday on our way from northern Sardinia (Italy) to southern Corsica (France) when the forecast was for no wind at all. When we left Corsica a few hours ago to head for Isla d’ Elba (in Italy), the forecast was for 8 knots from the west, but here we are sitting in 15 knots from the north. It would be nice to have a job like a weather forecaster where it doesn’t seem to matter how right or wrong you are about your predictions.

When the wind is on the nose like it is now, we face a choice – either we could keep motoring straight into the wind to Isla d’Elba (where Napoleon was exiled), or alter course to somewhere else (the third option of tacking / zig-zagging under sail into the wind would take too long to be appealing for us non-purist sailors). Fortunately this part of the Tuscany coast serves up an interesting alternate destination – if we bear away from the wind about 20 degrees we can sail straight to Isla Giglio, which is the site of the Costa Concordia cruise ship disaster last January (where the Captain pulled in a bit too close to shore so he could salute a friend, sinking the ship in the process, and sadly killing 32 people). The ship is still there on its side partially submerged as they prepare the $350 million salvage operation next Spring. So we’ve turned off the motor and adjusted course 20 degrees to the east, meaning we’ll rub shoulders with the “disaster tourists” tomorrow, then resume our passage up to Isla d’Elba tomorrow afternoon… if the weather cooperates of course.