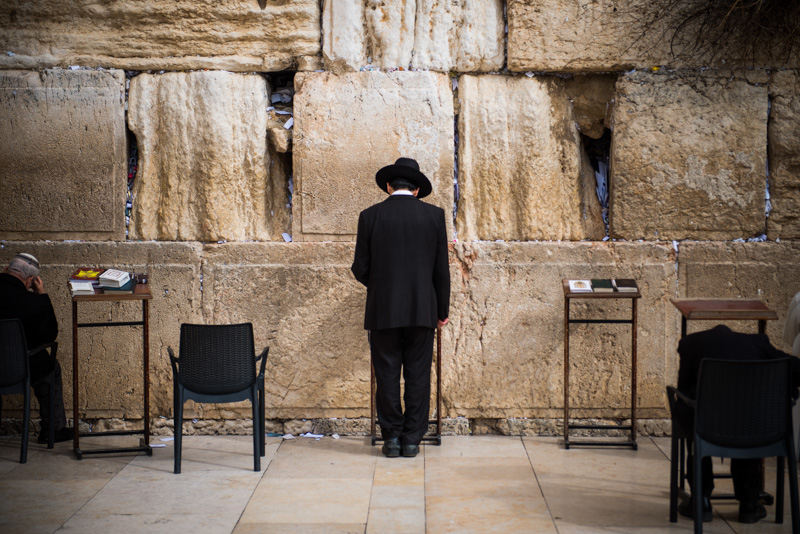 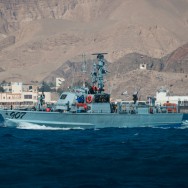 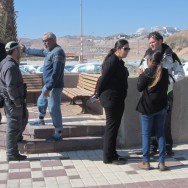 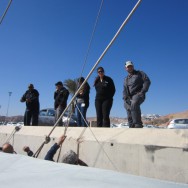 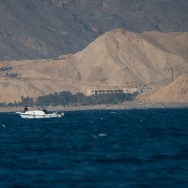 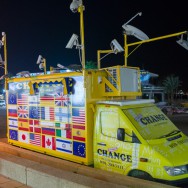 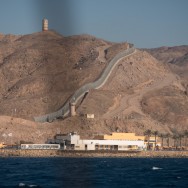 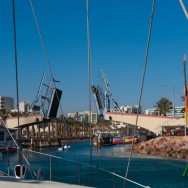 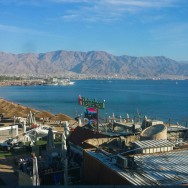 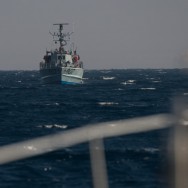 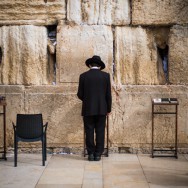 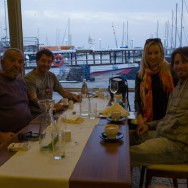 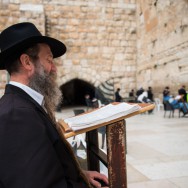 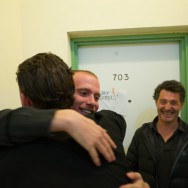 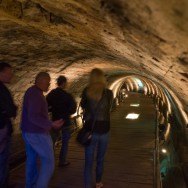 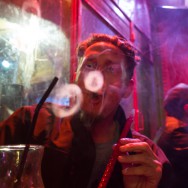 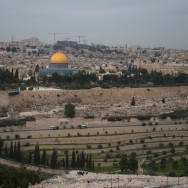 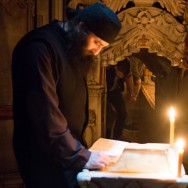 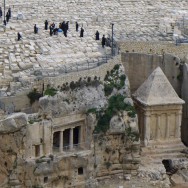 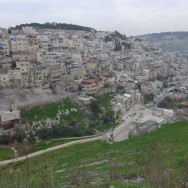 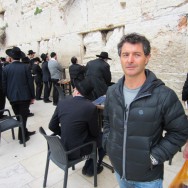 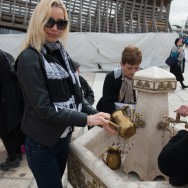 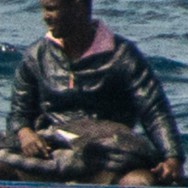 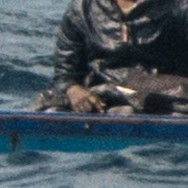 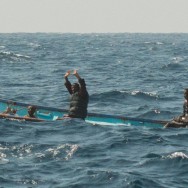 Since leaving Thailand in early December we’ve felt immersed in utter chaos nearly every minute of every day. Partially that’s because of decisions we’ve made along the way and the unique situations we’ve created for ourselves, for which we accept our share of the blame. But we also think it’s fair to share some blame with this part of the world (it’s our blog after all, and we can blame who we want). So to briefly recap the chaos we’ve experienced: we were threatened with arrest as we left Maldives without proper gun licenses, we were shot at, boarded and detained in Yemen as we tried to refuel in Aden, boarded and searched twice by angry Sudanese coast guard at gunpoint, and then finally forced aground by the Saudi Navy in a shallow harbor. To top things off, we now notice as we review the telephoto pics of a skiff approach we had in the Gulf of Aden (which we dismissed at the time as just curious fishermen), that it appears they had a concealed rifle ready on the driver’s lap…. and our new assumption is that they were more likely pirates than curious fishermen that were frightened off by the sight of our own weapons as they sized us up (see the pics and decide for yourself what’s on the driver’s lap).

So we’ve obviously been left several times wondering what the hell is wrong with this part of the world. Maybe in Yemen it’s because they were in the middle of a coup when we stupidly showed up in their port. And maybe in Sudan it’s because we were sailing into disputed waters that both Egypt and Sudan claim as their own (Egypt’s bigger weapon arsenal making it the current occupant at the moment). As for the Saudis, who knows what their deal was, but we now see that the Tiran and Sanifir islands we were sailing near (marked as Saudi islands on our map) are occupied by all kinds of unwelcomed international military guests… possibly making the Saudis very suspicious of any vessels crossing into undisputed Saudi water (their King was also dying that day – just an interesting factoid adding to the chaos). It’s like an endless string of conflicts, border disputes, and internal power shuffling everywhere we go, and it’s impossible to keep up with it all.

So it was a huge relief to finally see the Israeli border off our bow as we pounded up the Gulf of Aqaba into 20-30 knots of wind. But as we approached literally our final mile of Egyptian water we spotted an Israeli Navy ship steaming towards us from the Israeli side of the border. On a VHF discussion, they told us we had just crossed into Israeli waters illegally, and to return 400 meters south to Egypt until we secure formal permission to cross into Israeli territory (a long procedure requiring the Navy to contact higher powers ashore for clearance). We of course obliged and drifted backwards into Egyptian water, at which point the Egyptian Coast Guard approached us and began yelling at us in Arabic and waving all kinds of funny hand signals – luckily no guns being brandished… yet. The Israeli Navy noticing our predicament and hearing our pleas on the VHF finally realized we might get taken away by the Egyptians, and kindly allowed us to cross just a few meters into Israeli water while we negotiated our formal entry, just barely out of reach of the Egyptians. And for the next hour and a half we sat nose to nose with the Israeli warship in front of us, and the Egyptian Coast Guard lurking around behind. All this fuss for little old us just made us slap our heads once again with utter confusion.

We of course did get clearance into Israel without further incident, and began our exploration of this tiny country without the slightest delay. We soon learned that the day before our arrival, Israel had bombed a motor convoy of Hezbollah officials in an occupied part of neighboring Syria… the response from Hezbollah to Israel was simply: “Prepare your bomb shelters“. The following day in Tel Aviv a Palestinian stabbed 13 people on a city bus. This sort of chaos was initially surprising to us, but apparently isn’t particularly concerning for any of the Israelis we’ve spoken to. And aside from the news headlines, life everywhere does seem pretty much safe and normal. That began our Israeli experience, and the week we’ve had exploring since then has easily been the most educational of our entire voyage. The complex history of Israel and its web of conflicts with its Arab neighbors can’t possibly be summarized here, but learning that history is what our visit has been all about, and probably the single biggest reason to visit this country – many mysteries about how the world works are starting to come into focus for us. Everything we see here, the religious monuments, the buried ruins, the Arab and Bedouin villages, the heavy military presence and seemingly absurd concern with security and monitoring… all of it has a direct relationship to that complicated past (and present, and future).

So here we are in East Jerusalem’s old town, the epicenter of everything that makes Israel one of the most volatile places on the planet, loved by some and hated by others. Even claiming we’re in Israel here is scandalous and might get us into serious trouble in some nearby places (Palestine also claims it as its capital). But with Israeli flags waving and Israeli authorities unambiguously in control of the city, it feels like Israel to us.

Tomorrow we go one step further into an even more controversial region under Israeli occupation: a road trip through the West Bank. Our interest there is the infamous Dead Sea more so than another history lesson, then its back to the boat for the final leg of our voyage.