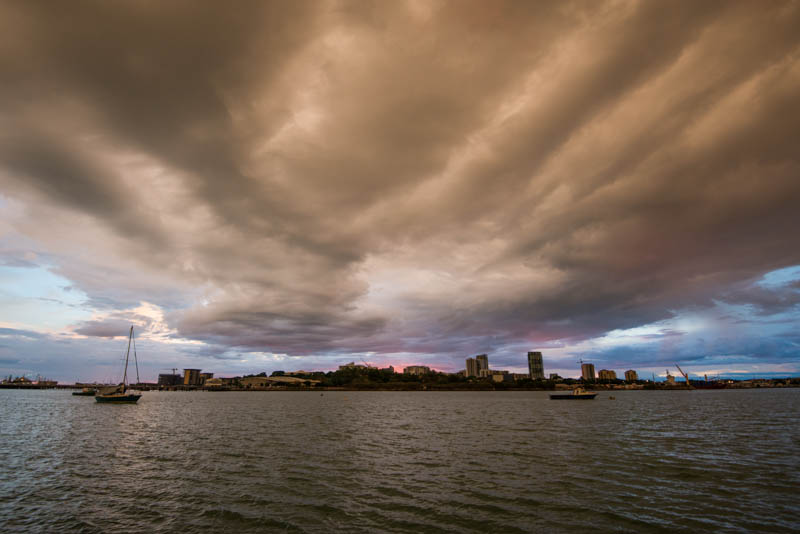 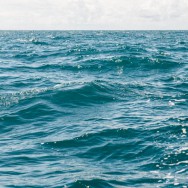 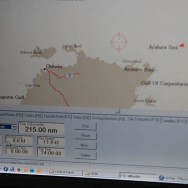 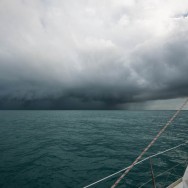 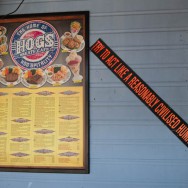 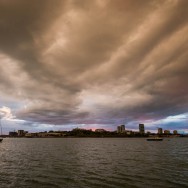 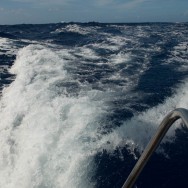 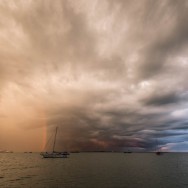 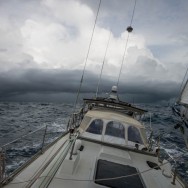 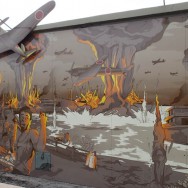 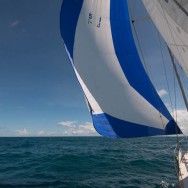 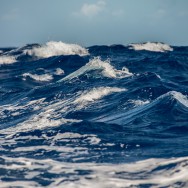 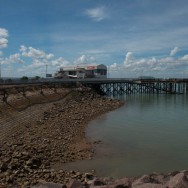 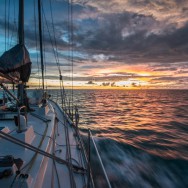 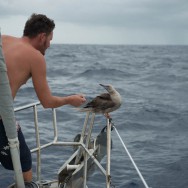 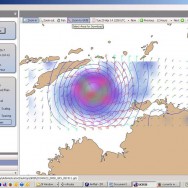 Another cyclone and another delay. When we left Townsville last week, our intended destination was Kupang, Indonesia. It was an ambitious non-stop passage to attempt still inside cyclone season, but we figured what the hell…. not that we had much of a choice, given our expired Australian visas. The plan was still looking solid five days after we left. Coming through the Torres Straights at the top of Australia, we had good currents and good winds, and managed to lay down a personal best: 215 miles in 24 hours. We don’t like to toot our own trumpets, but let’s be honest, we were flying. Then something ominous began to appear on our seven day forecast. A low pressure system expected to deepen into a severe cyclone, on a track directly for Kupang about 24 hours after our estimated arrival there. We did a quick check with Bob McDavitt, the undisputed guru of weather forecasting in this part of the world at New Zealand’s Met Office, and his advice was to play it safe given the high possibility of fierce westerly winds and no good shelter in Kupang,

Darwin is the most northerly major city in Australia and a place we didn’t expect we’d have a chance to see. Being the only real city on the northern coast, it was the obvious place to wait out the storm. Invoking our new favorite maritime rule, we entered Darwin without valid visas “seeking shelter from storm or tempest”, and the Australian authorities were again welcoming and understanding given the circumstances… good ‘onya mates!

As it turned out, the cyclone never developed into anything serious, and Kupang escaped the nasty winds that were forecasted, so in the end our detour was unnecessary. Being such a historic city, and the site of a WWII bombing blitz courtesy of the Japanese, we found the city worth the visit from a curiosity perspective, but probably would skip it next time around (absent another cyclone). With the weather now all-clear for the three days remaining in our passage to Kupang, we’ve pulled the anchor and are now watching Darwin (and Australia) disappear into the distance behind us.

Since rounding the top of Australia, we’re in the Indian Ocean now, meaning the entire Pacific is astern (contrary to my earlier comment, where I wrongly said the Pacific reaches all the way to Singapore). The water is a different color over here, deep green instead of deep blue, and we have no clue why that is. The winds, which prevail from the southeast, are generally lighter than on the Pacific side as we’re in the wind shadow of Australia. So with the stormy weather now gone, the skies clear and a steady gentle breeze, the spinnaker is flying and it’s time for some relaxation on the deck.