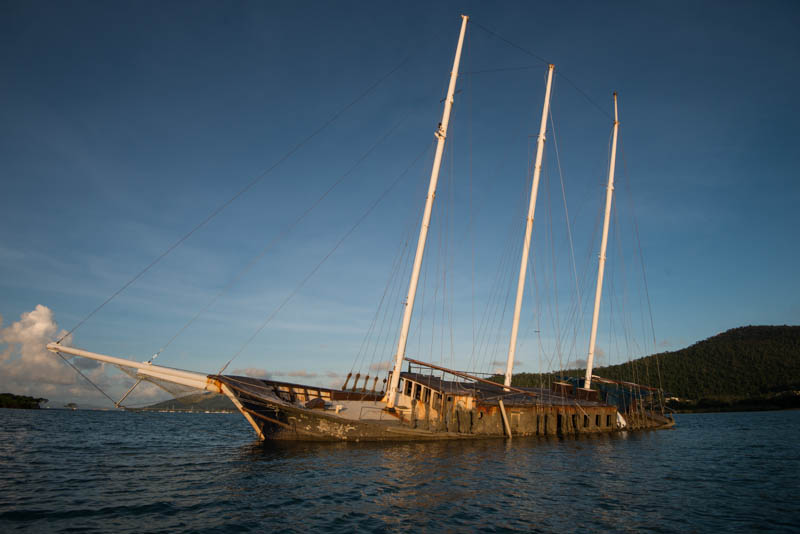 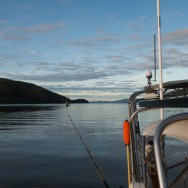 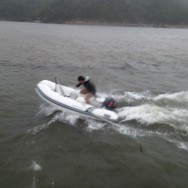 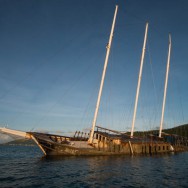 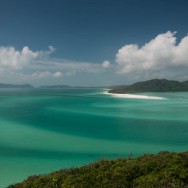 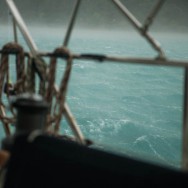 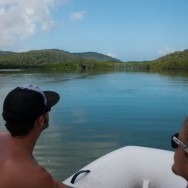 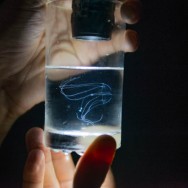 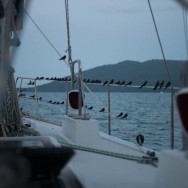 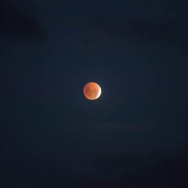 Our silence for the past couple weeks is because we’ve had little of interest to report. As always is the case, the weeks leading up to our big crossings are consumed by various chores and prep work. This time we’re getting ready to spend almost a year in the developing world, so our “to do” list has been even more enormous than normal. In addition to the usual repairs and provisioning, we’ve been dealing with seemingly absurd amounts of bureaucracy, particularly obtaining our cruising permits and visas for Indonesia (which took over three months start to finish). We’re also heading into disease affected areas, so we’ve refreshed our vaccinations, stocked up on malaria meds, and rigged mosquito nets over the beds. We’re finally feeling prepared, and with cyclone season now ending, we’re ready to say goodbye to Australia and get on with our new adventure into Asia… a very exciting moment for us.

Over the past few months, Australia really did come to feel like home, and we can’t deny we felt some temptation to simply stay here and begin a whole new life. That’s the funny thing about this sort of around the world journey… as people gain new experiences in different places, their priorities change, and soon the original purpose of the voyage gives way to new ones developed along the way. So when we tally up the stories we hear from other drunken sailors like us, we see very few journeys that even resemble the starting plan, and that makes more sense to us now than we could possibly have imagined two years ago. For us though, the original purpose of our journey, to explore the world, remains firmly in tact. So today we sail on for better or worse, and in doing so we watch our hypothetical Australian lives evaporate into the ether, albeit with a pinch of regret.

Our departure from Australia on April 16th comes two days after our Australian visas expired. We can pass the blame for that on to Cyclone Ita, which has just torn down the Queensland coast and forced us into a safe anchorage for several days, causing us to miss our departure deadline. Under admiralty law, most countries would forgive any illegal stay caused by “storm or tempest” and in our case here today, it appears Australia will respect this ancient maritime tradition.

Our attention now turns to the almost 2000 mile passage between us and West Timor in southern Indonesia. The challenge with this passage, other than the occasional cyclone, is the Great Barrier Reef which is a sprawling submerged obstacle extending all the way past the the top of mainland Australia. Our strategy is to forego the calm protected waters inside the reef and instead sail outside the reef in the open Pacific for most of the way up the coast. The winds are stronger out there, there’s less ship traffic, and we won’t need to worry about zigzagging through the thousands of reefs and islands that make up the Great Barrier Reef. We remain utterly baffled by the early explorers who navigated these waters without charts, GPS, or weather forecasts.

So it’s time to cast away from the customs dock and become reacquainted with our old friend, the Sea. We’re hoping for a twelve-day passage, but with the weather here still very unpredictable it’s anybody’s guess.