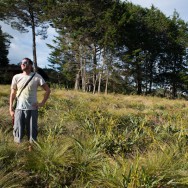 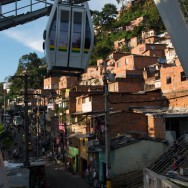 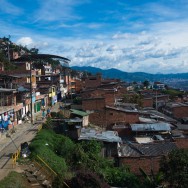 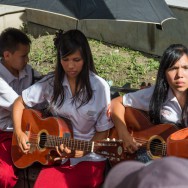 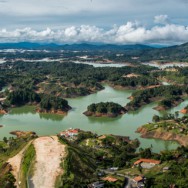 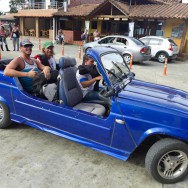 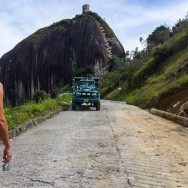 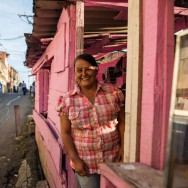 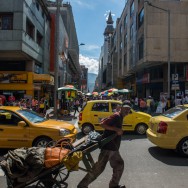 Our heads are pounding, eyes bloodshot, hotel room looks like a train smashed into it. If we didn’t have to catch a flight in a few hours, we wouldn’t even get out of bed today. We’re in the Poblado district
of Medellin, known for being Colombia’s nightlife capital, and with a situation like ours you’d expect some epic stories from the past couple nights. But we have the flu, and for the spectacular mess we’re in, it feels like we’ve been a little cheated.

But we did sneak in a couple good days before this virus showed up, and we can report on a few interesting things about Medellin. First and foremost, it’s true that Medellin does have a gorgeous female population. We think its the Colombian genes we can thank for that, not some clever scheme of the old Medellin drug lords, because we see beautiful women in Cartegena and in the surrounding cities too…. all of Colombia probably deserves a spot on the list, not just Medellin. Other places already on the list include Bdvha (Montenegro), Kiev (Ukraine), Miami, and Malaga (Spain), among others.

Medellin is a city of extremes. It’s high in the mountains so relatively cool all year round, yet also sits in a valley and surrounded by towering peaks in all directions.. The airport is on the top of the mountain so as you drive into the city you get a spectacular view while winding your way down. A river runs through the center of the city, to the west is poverty and to the east affluence, particularly in some parts, like the Poblado district where we’re staying (the nightlife is all around here, so this is the home base for most travelers). The metro is awesome, the city is very clean and safe, and the extraordinary police presence everywhere actually made us feel safer (unusual because normally when we find a heavy police presence they end up robbing us in one way or another…. not so at all in Colombia).

For us though our field trips outside the city were the highlight. The gondola ride up to the Ayvi regional park (which is part of the metro system) shouldn’t be missed. The views are amazing and a walk around the hillside towns is unique. Once you arrive at the Ayvi park though, it’s a bit puzzling because there’s not much to see other than a bunch of trees, making you wonder why they bothered with this incredible gondola system. So unless you’re interested in things like fauna, flora, and what not, you can just stay on the gondola and head back down.

But far more exciting is the Guatape lakes area, which you can get to by bus two hours away. Once you climb the 740 steps to the top of the biggest rock we’ve ever seen (more fun if you don’t have the flu) the view from the top is something of a phenomenon. Do it.

Ok taxi is probably already downstairs so time to get out of bed and start packing…. our time in Colombia has come to an end and the San Blas islands off the Panama coast are waiting.