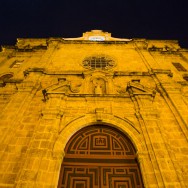 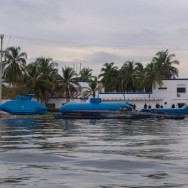 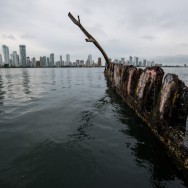 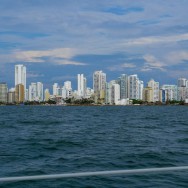 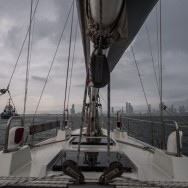 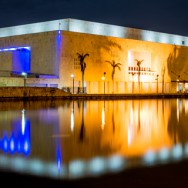 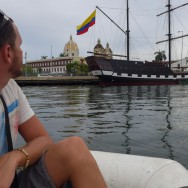 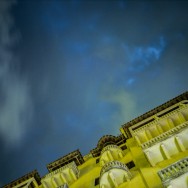 It’s common knowledge that the United States is the world’s largest economy and by most measures the world’s richest nation. What most people don’t know is that, despite some of the strictest drug laws in the world, the United States also remains the world’s largest cocaine consumer. These facts combine to drive up the value of cocaine, and by high I mean around $50,000 per kilo once it makes onto US soil. And while that might seem like a completely irrelevant factoid to you, it’s very relevant to many people here in Colombia, the world’s largest producer of cocaine. With production costs around $1500 per kilo, the big money at stake has made more than a few millionaires here. It’s also had a profound impact on the country’s internal power structures, created a violent and complex national history, and defined its relationship with the United States and, by extension, the rest of the world.

The effects of the illegal drug trade seem to pop up everywhere here, and for us it began with warnings from other travelers the very first moment we stepped ashore. Guerrilla groups like the FARC and ELN (major drug producers with small armies) maintain control over much of the drug production and trafficking in some parts of the country, and as a general rule those areas are to be avoided (partially because hostage taking is a revenue generator for them). As an American traveler here, a general safety tip we’ve received is to avoid admitting to US citizenship – the US’s history of meddling in Colombian affairs has created a few hard feelings in some circles (thanks partially to its successful disintegration of the powerful drug cartels of prior decades, including Pablo Escobar’s famous Medellin Cartel, its support of violent military operations against peasant farmers, its continued financial and military support to the Colombian government in the war on drugs, etc.). A dinghy ride around the harbor proved to us that all this war-on-drugs nonsense isn’t just mumbo jumbo…. sitting just a few hundred yards from our anchorage in the Bocagrande harbor is the Colombian Coast Guard facility with a waterfront literally packed with seized drug running boats and submarines – a fascinating sight and testament to how sophisticated this “industry” is (see pic). Our casual walk through the historic city center was also made interesting by the occasional approach from friendly Colombian drug dealers who wasted no time letting us know they can “get everything”.

None of this is of even the slightest concern to us… in fact the opposite is true, it makes the experience here unique. The cities (especially Cartegena) are very safe, we get a free glimpse into how this whole drug world operates, and we had no interest in wandering around in the FARC controlled farming areas anyway, so there’s no loss from a practical perspective. Everything we’ve seen so far here we love – the Spanish influenced culture, beautiful historic architecture, fun backpacker-style nightlife scene, friendly and virtually hassle-free vibe, and the easy access to everything by dinghy makes it ideal for those of us coming to Cartegena by boat.

Colombia is big and we’ve got just a little over a week here, so we’re sitting down now to map out our itinerary. We’ve heard some interesting things about Pablo Escobar’s hometown, Medellin, where rumor has it the drug lords of years past “imported” the most attractive women from around the country and “exported” the uglier ones, creating, the story goes, the most attractive female population in the world (what exactly import/export means isn’t clear). And even though this whole story sounds doubtful, and even though we’re firmly against the importation and exportation of women, we’ve decided to do a little research mission into this subject to learn more…. we’ll report back with our findings in a few days.