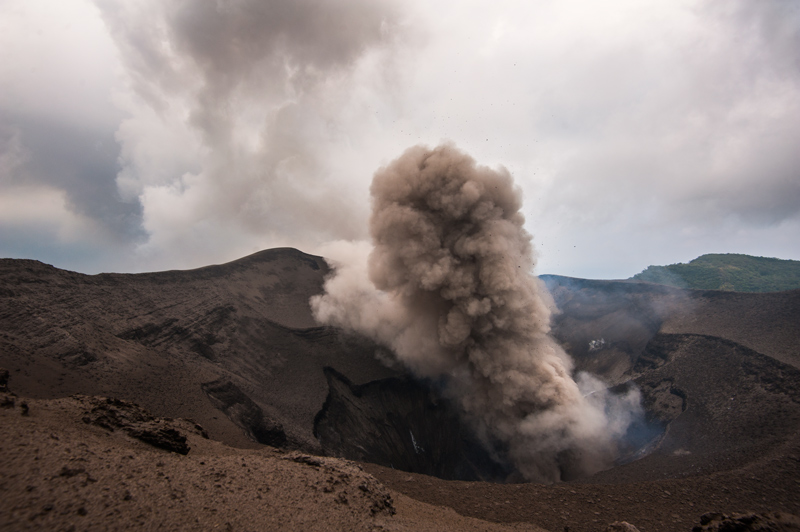 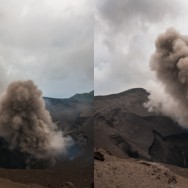 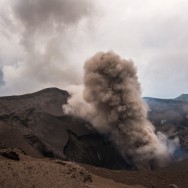 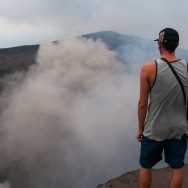 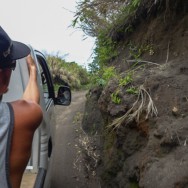 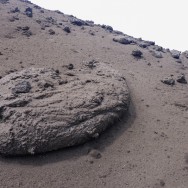 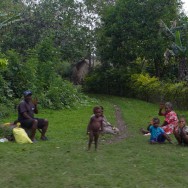 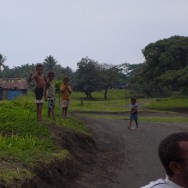 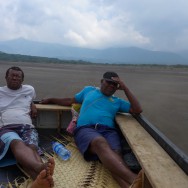 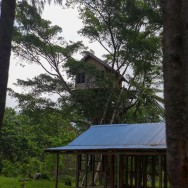 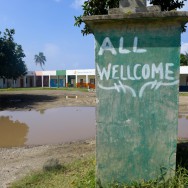 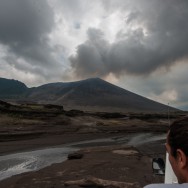 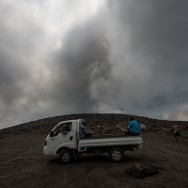 One of the more interesting and mysterious members of our extended family is our Uncle, Big Wave Dave (he’s not technically an “uncle” by the dictionary definition, and his real name is David Sharland, but those facts were lost on us long ago). Big Wave has so much open water sailing experience in various places around the world that for many years it was nearly impossible to keep track of him. The sailing stories he’d bring to us as kids were a big part of what got us interested in this whole idea of long distance sailing ourselves…. it’s possible we’d have found our way here without his inspiration, but probably not. We gave him his nickname after he told us the story of the tsunami-like rogue wave that approached from behind as he entered one remote South Pacific port. He sighted the wave just in time, turned 180 degrees straight into it, and was able to climb the face and crack through the top to safety just moments before it broke. It was the wave that nearly changed everything for him, but luckily in the end, it changed nothing at all (except his name).

So when Big Wave discovered this part of the South Pacific, he proceeded to fall in love with the small Vanuatan island of Tanna, where we are now, and the incredibly happy and friendly village people who live here. So in traditional Big Wave style, he simply decided to stay. And over the next year or two he worked with the villagers on the island’s east coast by helping them build a small yacht club, teaching them Eco-friendly tourism practices, building walking trails to the nearby volcano, etc. And in the process of doing so, Big Wave became an important part of this island’s recent history and has been recognized as such by the village chief in Port Resolution – this will always be a second home for him. This is what brought us to Tanna.

We’ve been to a lot of volcanoes lately and the thought of visiting another volcano crater is now a bit boring. Most (perhaps all?) of the islands we’ve visited in the South Pacific are ancient volcanoes that expired millions or billions of years ago, and the volcano factoids related to them are no longer interesting to us. The Mount Yasur volcano on Tanna is different… very different…. because this volcano is an active one. And although we thought that meant there might be some bubbling lava at the bottom of the crater, the huge smoke cloud billowing from the island like a chimney was the first clue we were wrong about that. This volcano is literally erupting all the time, with almost constant lava explosions, smoke plumes, and thunderous sonic shock waves that can be heard all the way on the other side of the island. Despite the chaos, the activity level is closely monitored and the crater can “safely” be visited most of the time (in quotes because the relatives of one unlucky Japanese tourist here some years ago might debate this point – the locals tell us he was killed by a disobedient lava bomb).

So with our curiosity reaching new levels, we hitched a ride across the island in a quest for the crater. We bounced along dirt roads, through villages, and across rivers, dodging children, chickens, and cows for more than an hour, and as we got closer, the clouds grew darker. And I’m not talking about wimpy clouds of water droplets or condensation or whatever, I’m of course talking about thick black volcanic clouds of ash. We finally climbed the steaming walls of Mount Yasur and looked down into the exploding crater in a moment of jaw dropping awe that has no equal in any of our lives. We found ourselves standing there, completely silently, with an odd sense of insignificance and vulnerability, maybe it was 5 or 20 minutes, I have no idea, staring from the rim of this enormous exploding lava vent launching molten plumes of magma, straight from the core of the Earth into the sky above us. And with shock waves and adrenaline pumping through our bodies, none of us could find in our vocabulary even a single word appropriate for the moment…. and that includes Tarzan, who speaks four languages.

So with the volcano box in our minds having the biggest possible imaginary check mark in it, and the weather forecast looking ideal for our long 1200 mile passage to Australia, it’s time for us to move on – cyclone season, after all, starts on Thursday. As we depart this remote part of the South Pacific, we recognize it marks the end to an amazing chapter in our voyage that, realistically, probably can’t ever be beat. But thanks to our overwhelming feeling of respect and appreciation for the experiences we’ve had here, we’re fine with that.