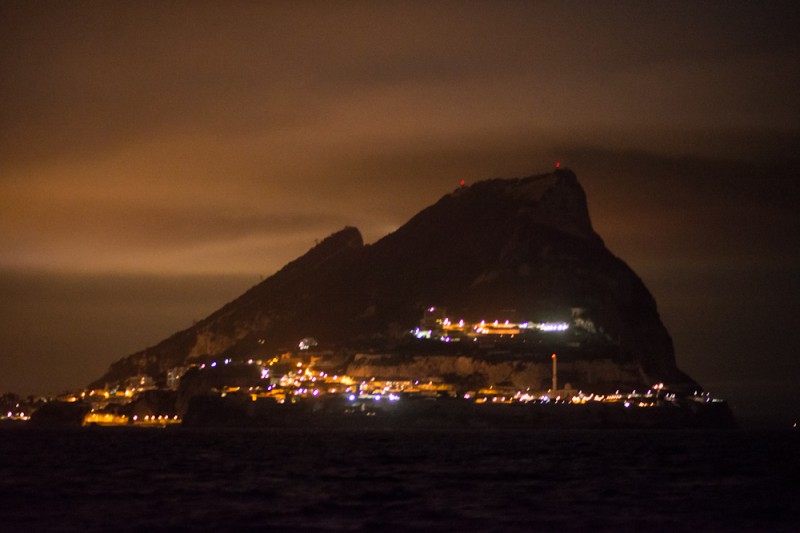 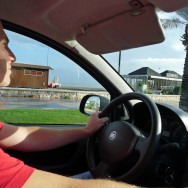 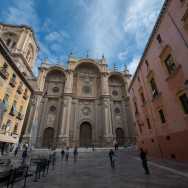 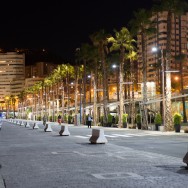 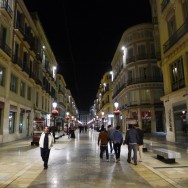 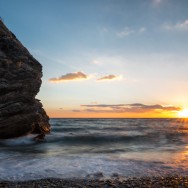 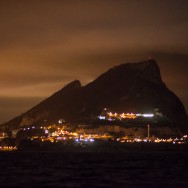 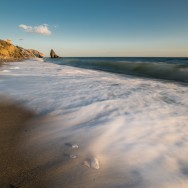 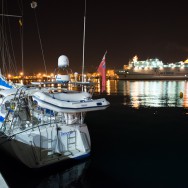 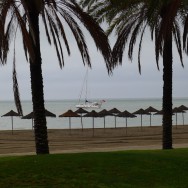 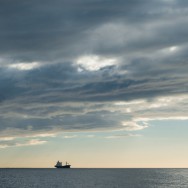 Piers and I are British by birth but have spent most of our lives in Southern California. Our friend Eric, who’s been with us for the past week, is a Southern California native. As we’ve explored the Costa del Sol region of Spain, mainly by rental car, we’ve all noticed the same thing about this place: it feels like California. The architecture is different (Spain was built up many years before California was appeared on Western maps), the streets are smaller, and there are far less rules for people to worry about (beach bars everywhere, no meter maids, food served on the sidewalk, etc.), but the similarities far outweigh the differences. Like California, the coastline is beautiful, the beaches are wide, the climate is similar, the mountains look the same (even with ski resorts), the culture has that laid back and friendly feel (we have some common roots after all), and most Spanish people seem to speak at least some English. For a Californian, relocation here would be easy, and when we said goodbye to Eric this afternoon and cast away from the dock in Malaga, where we spent four nights, it almost felt like we were leaving home.

But that feeling was short lived… sailing around the world would be miserable if we got too emotional each time we left a place we liked. Our attention quickly turned to the 20-hour passage ahead, which goes around the southern tip of Spain and through tbe Straight of Gibraltar. This is the narrow entrance to the Mediterranean Sea, where the southernmost part of Europe sits just 8 miles away from northern Africa, and as we enter the Straight now, we see twinkling lights from both continents on the horizon. This is also the point where our time in the Med officially comes to an end, which is another small milestone for us. We’re timing this passage to coincide with a light wind forecast because we hear the waters here can get rough, and the large volume of commercial traffic creates an additional challenge.

One notable thing about the twinkling lights on the horizon is that they’re much brighter and denser on our starboard side (Europe) versus our port (Africa), where resource consumption is minimal. The lights subtly remind us that we’re lucky to have been born on the bright side of this gap – we’ve enjoyed lives of comfort and comparative luxury and avoided countless hardships that our counterparts in the developing world have to face. We should mention again the close relationship we have with Focusing Philanthropy, a non-profit philanthropic organization that seeks out charities where donation money can have a big impact on eliminating some form of human suffering. Focusing Philanthropy accepts donations for those recipients, often small charities in hard to reach places, and directs funds to them. Because Focusing Philanthropy itself is entirely funded by its founding family, 100% of the donation money it receives is passed on to the donation recipients (no deductions for overhead, processing, etc.). We will be doing research and diligence for Focusing Philanthropy when we visit some developing countries later on this journey, but for now we’re committed to raising awareness for this organization and the causes it supports. We encourage you to read about what it has accomplished in the past six months since the organization was founded, and if your family does any charitable giving, we hope you’ll consider learning more about Focusing Philanthropy and the relationships it has developed.

After Gibraltar we’ll turn north and head back up the Spanish coast towards Cadiz, our first stop on the Atlantic Ocean. We’ve been looking forward to this one for the photo opportunities because the coastline here looks incredible.