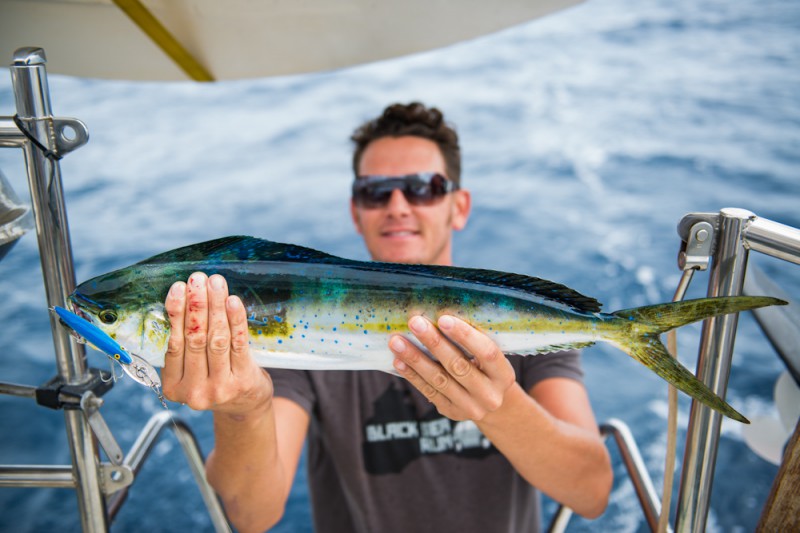 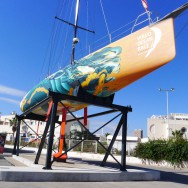 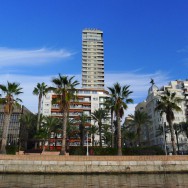 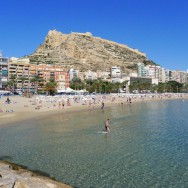 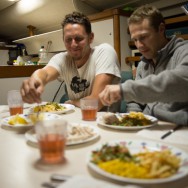 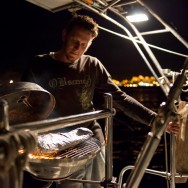 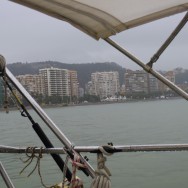 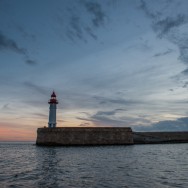 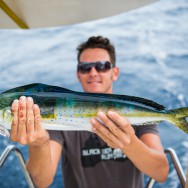 The fishing jokes officially came to an end yesterday. That’s because we caught a huge fish off the Spanish mainland coast. One of the nice things about the type of cruising we’re doing is that you can become almost totally self sufficient if you do things right, meaning you have almost no need to rely on support from modern society to sustain yourself. Yesterday was a good example of how this works – we sailed from Alicante to Almeria mostly using the power of the wind to push us there (almost no motoring), we caught our own meal on the way, and we slept on the anchor near the beach in Almeria. When you total the bill for all this transport, food, and lodging, you get an awesome $0.00. We couldn’t keep this up forever though, because we still need diesel fuel to make power and to motor when the winds aren’t good, fresh water, groceries, and (we expect) boat services, but you can easily see how you can achieve a very sustainable lifestyle and have freedom from modern society for months at a time this way.

On Monday we sailed from Ibiza to Alicante where we met up with our friend Eric – another accomplished world traveler with over 60 countries under his belt. Almost everybody who has made it out onto Tamaraisk so far has shared this characteristic for a love for travel and adventure. Eric joined us for an exciting week because we’re now hugging the southern Spanish coastline, which are known for being beach paradises and major destinations for travelers coming from more northern parts of Europe. Of course we’ve missed the summer season here, so the beaches have far fewer bikinis that we like to see, but still this part of mainland Spain has tons more to offer. We’ve just dropped the anchor in Malaga near Spain’s southernmost tip after a couple of big days sailing with just one stop in Almeria. We have a storm system rolling in for the next couple of days, so we wanted to make it to this part of the coast where there’s plenty to do and see, and where it’s easy to hunker down and batten down the hatches for a couple days. We’re now sitting on the boat waiting for rain to clear before heading into Malaga for the first time, so Malaga pics will come in the next update.