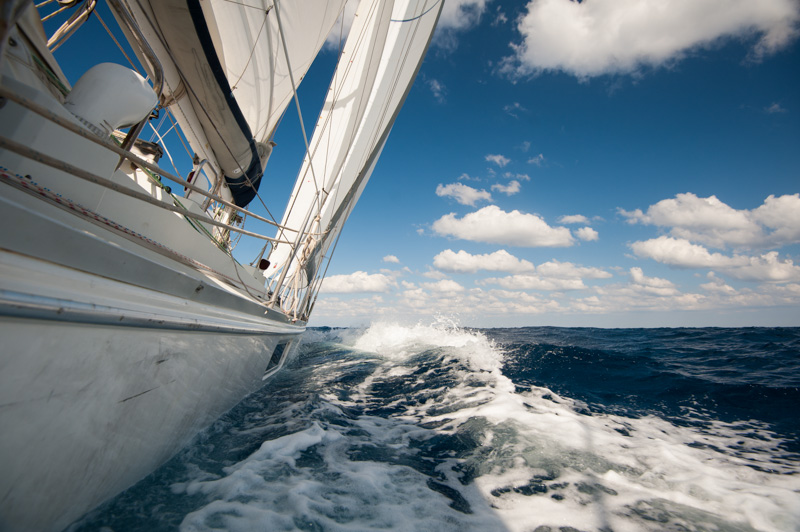 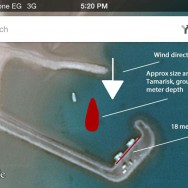 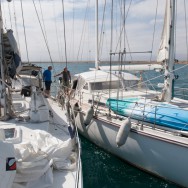 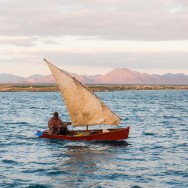 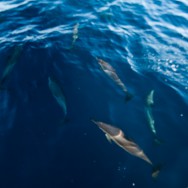 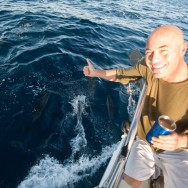 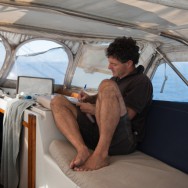 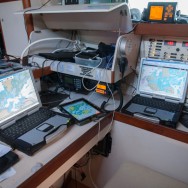 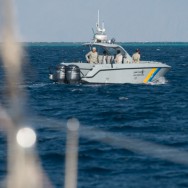 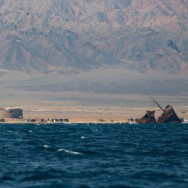 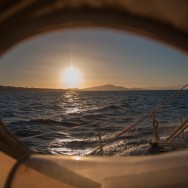 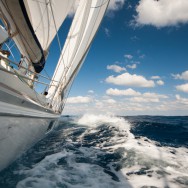 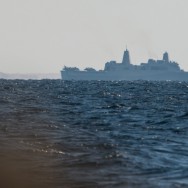 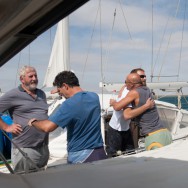 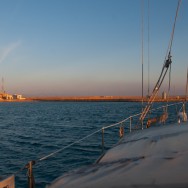 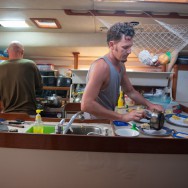 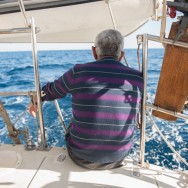 Sending you warm thoughts today and wishing you a VERY happy wedding anniversary… celebrating the most important day of your lives, and a day we owe the existence of our own lives to!! So cheers to you for an amazing accomplishment and for being such model parents for us. We love you and wishing we could be there to celebrate with you in Dubai 🙂

We had another surreal experience last night with the Saudi Coast Guard that is taking the ridiculousness of the past few weeks to a whole new level. While making a perfectly legal entry into the Gulf of Aqaba, they stopped us at sunset and ordered us to follow them to a military camp / harbor six miles away for a “routine check”… at AK 47 gunpoint of course. They took us into their small harbor less than 50 meters across and instructed us to tie onto their dock. But the dock was just 18 meters in length and already had an 8 meter patrol boat on it. The 10 meters of available dock space compared unfavorably to our 17 meter length, and with 20 knots of wind blowing us onto the inside of their breakwater, we refused to make an obviously futile and dangerous attempt to tie on. Lacking any other options, we dropped the anchor right there in the harbor. But also incompatible with Tamarisk’s geometry was the depth of their pathetic little harbor, which in the center is just 1.5 meters deep… and with our 2 meter deep keel, we we ran aground for the first time ever… just past high tide, as luck would have it (at low tide we would be grounded before even clearing the entrance). In the chaos, they tried to take their second patrol boat off the dock with an important official on board, and proceeded to reverse onto the coral just off their own dock, disabling both props on their twin 250 hp boat. Water level falling, it became a scramble to get Tamarisk off the sand at that point, with us putting out a second anchor via dinghy on 150m of rope to the outside of their harbor and winching it in on the windlass, full throttle on the engine, and the Saudi Coast Guard patrol boat (the one that still had working propellers) pulling the top of the mast over using our spinnaker halyard tied to their stern, which tipped us over, decreased our depth to 1.5m, allowing us to plow our way off the sand. It took about two hours to get the boat free once all was finished. Another very dangerous situation, and thank God we didn’t snap the rudder or put a hole in the hull (there were small coral bommies everywhere). Was very nearly the final resting place of Tamarisk, right there in the Saudi Coast Guard harbor, following their orders… at gunpoint. Thanks boys.

With the chaos over and Tamarisk unstuck, they checked our passports, acknowledged we had a right to innocent passage through their waters (which can’t be avoided on the way to the Gulf of Aqaba), told us we’d done nothing wrong, and finally let us go in the morning. It was the most incredible display of incompetence we’ve ever seen.

Anyway, all is well that ends well, and we’re now tacking and motor-sailing up the Gulf Aqaba just 80 miles from Eilat, staying offshore from Egypt and hoping to avoid any encounters with that country’s military. We’ve been boarded at gunpoint four times in the past two weeks – once in Yemen, twice in Sudan, and now again in Saudi. These Arab governments around the Red Sea appear to be the biggest safety threat of our entire voyage, so we will cancel our plans to visit Egypt and instead go straight through the Suez Canal after leaving Israel… it just doesn’t seem worth it any more. For now we continue pounding into the wind just 80 miles from Israel, happy to be battling the wind and sea, a well known foe by now, instead of the more volatile military human type. Maybe we should have chosen a different hobby 😉

Love from the Risk,