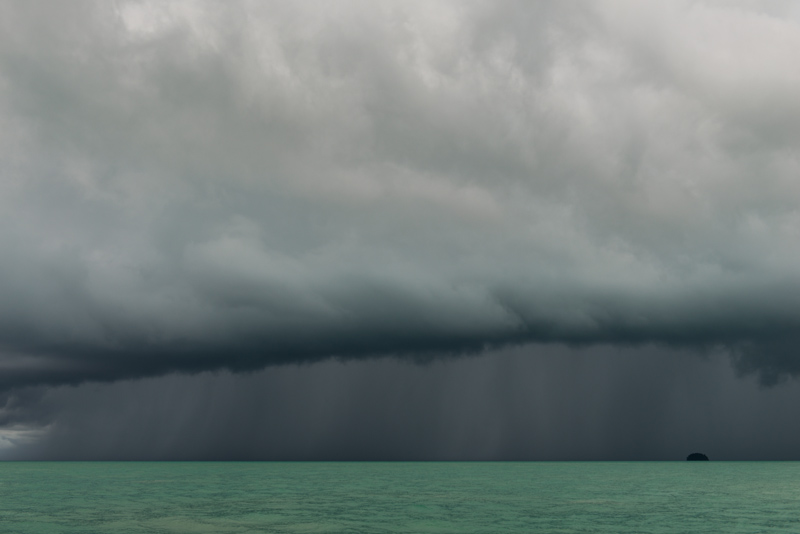 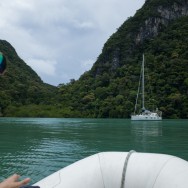 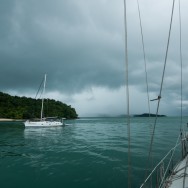 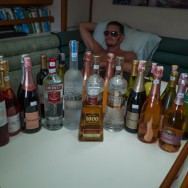 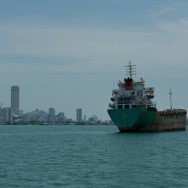 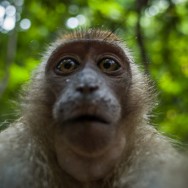 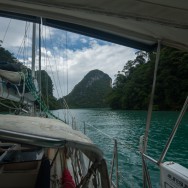 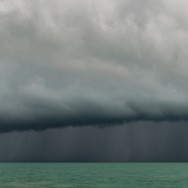 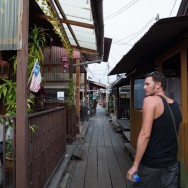 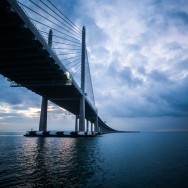 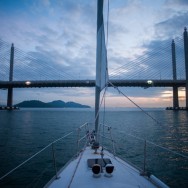 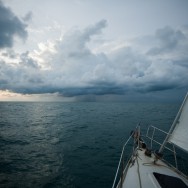 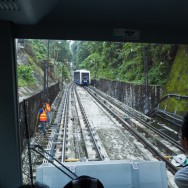 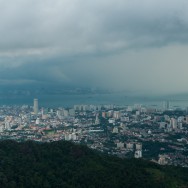 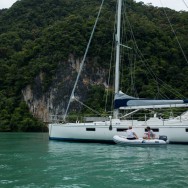 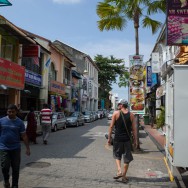 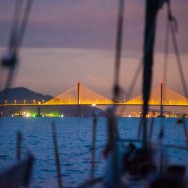 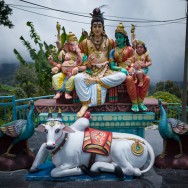 The Mallaca Straits aren’t known for being a spectacular destination for cruising sailors. Its fame instead comes from its history of rampant piracy, which fortunately for us, no longer is a concern. Sailing here these days is mainly about getting through the Straits without hitting anything, and stopping at the four or five semi-interesting places along the way, with the main goal of getting to the more interesting waters of coastal Thailand now just a few miles to our north. The additional concern at this time of year is the southwest monsoon now in full force, meaning foul weather can be expected on most days and the risk of vicious squalls is looming issue.

And so our journey up the Straits has been a fairly typical one… boring at times from a touristic and sailing perspective, but fascinating in some unexpected ways. Around the cities we’ve seen construction and infrastructure development happening at a pace we’ve only ever heard about… cranes swinging from half built skyscrapers, brand new billion dollar bridges, and what appear to be new fully developed city suburbs without a single resident (we believe the funding coming mainly from China). We’ve read about places like this, but to get a glimpse of it first hand has brought new meaning to the phrase “developing world”.

On board Tamarisk the consuming issue has been the weather, with only a few hints of sunshine during the past week, and thunderstorm dodging being a daily routine. As we approach the Thailand border here in Langkawi we’re now entering a more scenic sailing area with rugged lush islands appearing from all directions. Although we haven’t done much exploring on them yet, we’ve found shelter from the weather and enjoyed the view from their leeward shores.

We’ve completed our outbound clearance from Malaysia and fully stocked the boat with “duty free provisions”…. a boom industry here in Langkawi. In practical terms, that means we have a huge amount of alcohol on board that we purchased at about a third of normal store prices, and if we can smuggle it past the Thailand customs agents without getting levied there, we’ll have saved a handsome sum. Phuket is the first port of entry in Thailand, and legally we’re obliged to go straight there for quarantine, immigration, and customs clearance. Like most sailors who make it up to these parts of the developing world though, we interpret these rules loosely and will be spending a few days exploring the more southerly Thai islands before making our formal arrival in Phuket. So with that we’re hitting the “publish” button and casting away from our last Malaysian port, and putting our 42nd country astern.