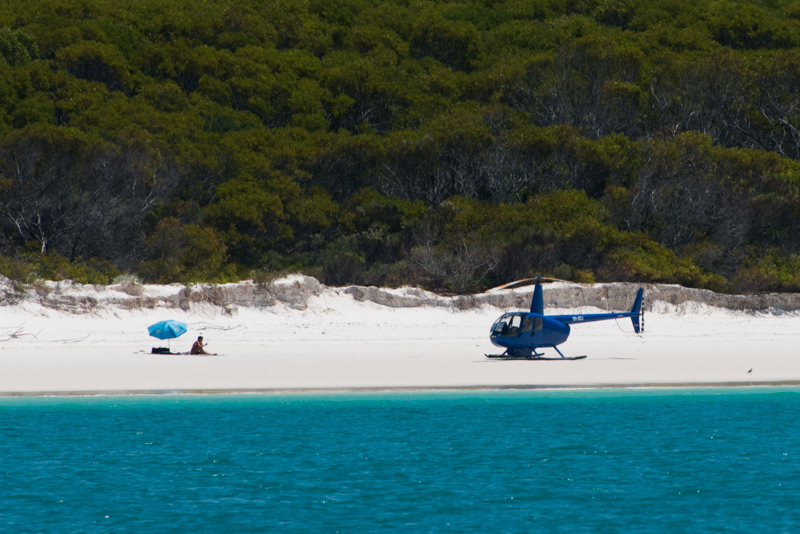 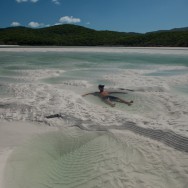 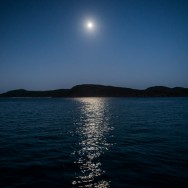 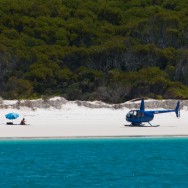 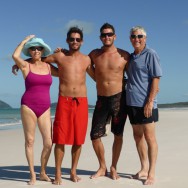 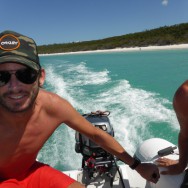 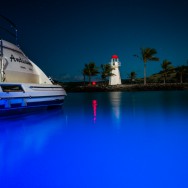 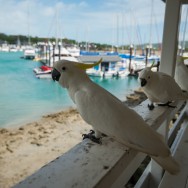 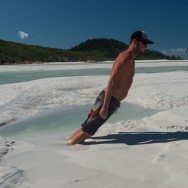 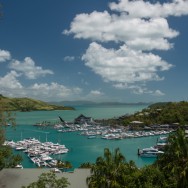 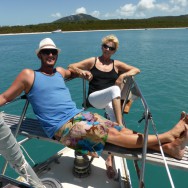 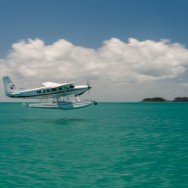 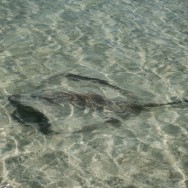 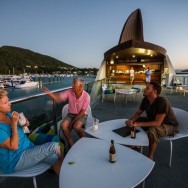 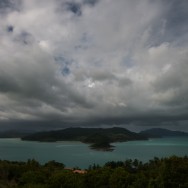 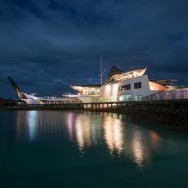 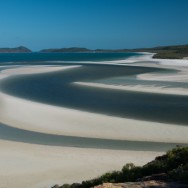 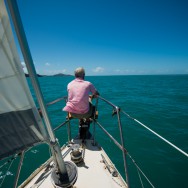 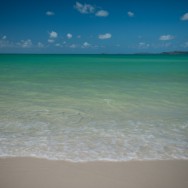 It seems that every place we come across has developed its own unique character traits and often unforgettable identity…. drawing charicatures of our sailing destinations would be a simple task. The Whitsundays is certainly no exception. Like St Tropez in the Med and St. Bart’s in the Caribbean, the Whitsundays is another playground for the rich and famous, which brings a certain amount of obscenity to the experience. It’s also the case that Australia’s economy has continued to boom right through the so called “global financial crisis”, which means the tourist trade continues to bring “normal” people out to this area for the diving, beaches, nightlife, and island hopping. And while we normally hate being around a bunch of tourists, we make an exception for Aussies because frankly, things are just a lot more fun when Aussies are around.

So the cyclone blew through last week without major incident and left in its wake five days of nearly flawless weather, which left us free to explore the lower end of the Whitsundays group. The steep tides and swift currents can make sailing and anchoring a challenge, but not enough to be a real hassle. The diversity in such a small area here is remarkable, with Hamilton island being a developed ritzy resort island with 5 star dining, golfing, go kart racing, and winding turquoise swimming pools, and the adjacent Whitsunday Island being an almost untouched national park with hiking trails and seemingly endless white sand beaches.

With cyclone season winding down, we should start seeing clear weather for leaving Australia in about a month. So we’re planning our route for coming months and noting we’ll soon be heading into some of the most poverty stricken parts of southern Asia, which sit surprisingly close to Australia’s northern coast. It’s difficult to understand how it came to be that just 1750 miles from our current position here among the megayachts and helicopters, villages in Indonesia still don’t even have access to clean drinking water and other basic needs. So instead of just sailing through and observing the problems like we usually do, we’re going to try to become a small part of the solution. Our plan is to deliver clean water drinking filters to villages in some of Indonesia’s most poverty stricken islands where Waves for Water, a charity devoted to the problem of contaminated water, has told us there’s a major need. We’re now running a small fundraising campaign in conjunction with Waves for Water, and hoping some generous people will chip in for filters, which we will then deliver to the villagers in May as we sail through those islands. Each $50 water filter will enable 100 villagers to drink clean water for the next five years, and we think that’s a pretty impressive result. If you’d like to participate or know anyone who might, please click here to learn more about our mission.

With our parents heading home to LA tomorrow after two of our more interesting weeks on the water, we’ve got no time to waste. The sun is now rising into the sky and shining down on the world famous 6-kilometer Whitehaven Beach, where we dropped the anchor last night. With the Great Barrier Reef just 50 miles east of here, it’s no surprise that the helicopters are already buzzing above us, and we expect they’ll landing on Whitehaven Beach in front of us any moment now. It’s indeed a crazy world.