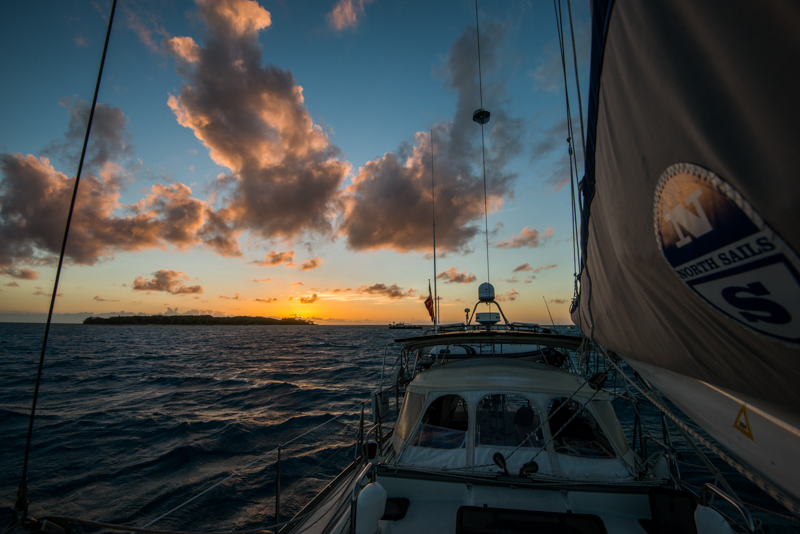 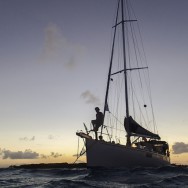 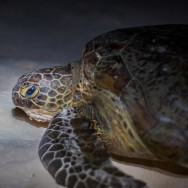 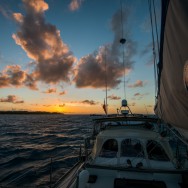 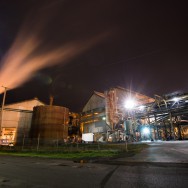 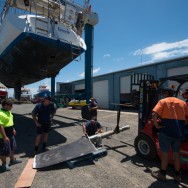 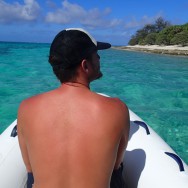 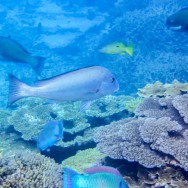 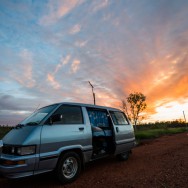 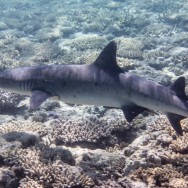 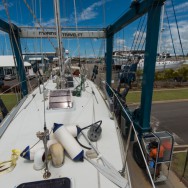 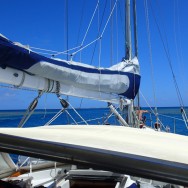 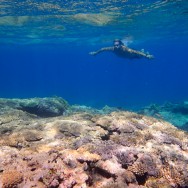 It’s been almost two years since we set sail from Turkey and began our dream of circumnavigating. We have to remind ourselves of that fact using a mental calendar – we’re keenly aware that our intuitive sense of time has been warped and our internal clocks no longer function like they used to. Strangely though, it hasn’t been the common sensation that “time is flying” or that “life is flying by”. It’s more of a sensation that the concept of time, in the ticking clock sense, has become meaningless… at least as a yardstick for measuring progress through life. The replacement we’ve migrated to is a mental tally of our life experiences. And when we look back over the past two years we find a lifetime’s worth of experiences that simply can’t be reconciled with a calendar showing just two years of elapsed time…. It feels like more. How much more? A lifetime.

In the elapsed “two years”, whatever that means, we’ve learned a few things about the realities of moving large distances on a sailboat. One of those things is that boats require much more work than we could have imagined before we started. If boats were like cars, just needing an oil change or trip to the dealership every now and then, our lives would be much simpler – we’d be almost back to Turkey by now if that was the case. Owning a boat is probably more analogous to owning a space shuttle than a car, or at least that’s the expectation one should have as they decide whether or not to pick up the hobby of sailing around the world. We chose to ignore the voices of experience and learned these lessons the hard way. It’s also true that if we had listened to the voices of experience, we probably never would have left California.

Luckily for us now, our car-like expectations of our own boat were shattered long ago. We’re emerging from two weeks of working in the boat yard, which is par for the course, particularly as we’re anticipating very few services between here and our planned destination in the Mediterraean. Even though the passages ahead in the next year of sailing will not be as large as those we’ve already done, this will be the longest period we’ve spent in the developing world. This means our need for a fully functioning and reliable boat is now at a peak.

So the boat went back into the water a few days ago and we sailed away from Bundaberg yesterday morning. Our first stop was Lady Musgrave , a tiny ringed-reef island that reminds of the atolls we found in the Tuamotus and the Cooks last year. With a steady 25 knot blow and quite substantial seas all around us, we’re again anchored inside a tiny lagoon of near perfect calm as waves break on the reef around us. After three months of mostly chaotic driving around Australia by land, a return to the sea, and the isolation and calm that are packaged with it, feels welcomed, like returning home. Even though it was dark by the time we dropped the hook last night, we couldn’t resist the temptation to take a stroll around the dark island, and were lucky enough to find a giant nesting turtle climbing the beach to lay her eggs… just another one of those surprising moments that reminds us why we’re out here.

Time now to pull the anchor and head north to the Whitsunday Islands and the Great Barrier Reef, just two days north of us. We’re still inside cyclone season, so we’re watching the weather like Eagle Scouts and being sure to stay within shooting distance of a safe harbor. We’ve got some VIP guests (the parent type) arriving in a few days, so no time to waste.