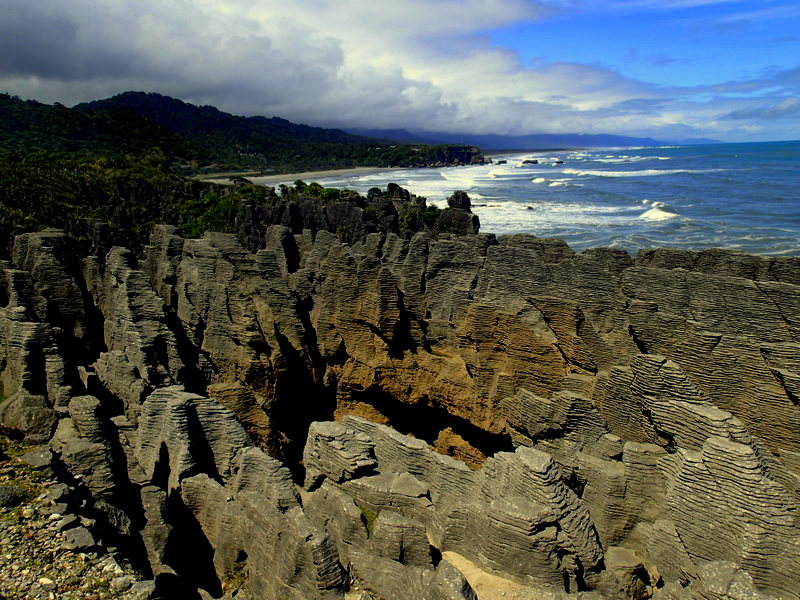 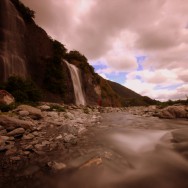 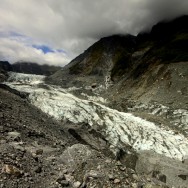 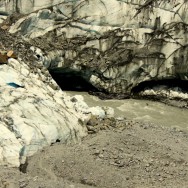 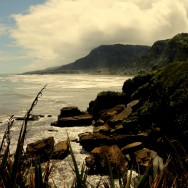 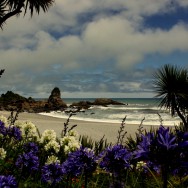 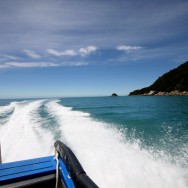 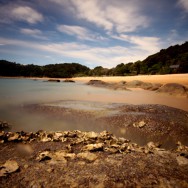 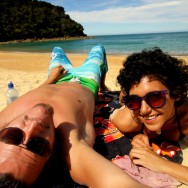 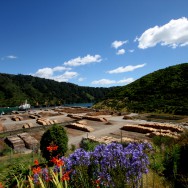 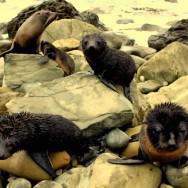 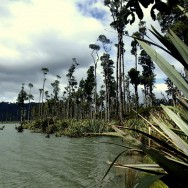 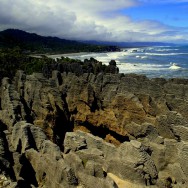 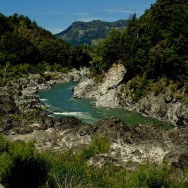 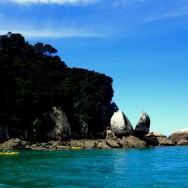 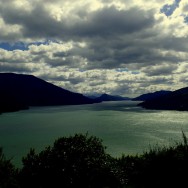 The west coast of New Zealand’s south island is home to a very scenic coastline, as well as the Fox and Franz Josep glaciers. The interesting thing about seeing these glaciers today is the rate at which the have been receding in recent years. Over the past few decades New Zealand’s glaciers have been literally melting away in front of the gaze of onlooking tourists. Glaciers are a critical component of the earth’s system and their retreat could have severe impacts on the environment and human well-being (vegetation patterns, economic livelihoods, water and energy supply). Human-induced climate change is blamed and although it is commonly debated between scientists, politicians, and activists as to whether the Earth is warming or cooling and as to the real cause, it is clear that the glaciers are one of our best measurements for climate change, and here the glaciers are indeed… shrinking. Weather or not this will eventually have a devastating or catastrophic impact on the future of humankind can only be speculated, and for now still remains to be seen.

Further north, coastal road leads to Punakaiki – famous for its blowholes and layered limestone rock formations called the “Pancake Rocks”. If you are a fan of pancakes, you would also like the breakfast menu at the cafe directly across from the park entrance. This is also the part of the country where the climate and landscape start to change dramatically, giving one an appreciation of just how diverse things here are. The rainfall here is high due to the prevailing northwesterly wind pattern and the location of the Southern Alps, and the climate turns the landscape into a temperate rain forest. The coastal road then cuts inland from Westport and passes the steep canyon walls of Buller Gorge and continues through the forested mountains toward Nelson in the north.

On the northern end of the island lie the isolated pristine beaches of Abel Tasman National Park, only accessible by boat or on foot. It was named after Dutch explorer Abel Tasman who (working for the East India Company) showed up in 1642 looking for fresh water, and was surprised to find the Maori – descendants of Polynesians who arrived in New Zealand by canoe in the 12th and 13th century. Even more surprised were the Maori, who had never seen tall ships, fire arms, or white men before. The negotiation for refreshments soon went sour and a skirmish broke out in which four of Tasman’s shipmates were killed. At that point, Tasman (who never even actually set foot on New Zealand soil) decided it would be best to leave (quickly), so he pulled his anchor and sailed off into the sea that was eventually named after him (the Tasman Sea), where he obviously had better luck gaining favor with the locals of one island a little further southwest… now known as Tasmania. The Maori didn’t see another white man until James Cook arrived in 1769.

The road from Nelson to Picton winds through the tree covered mountains and along the northern coast’s Marlborough sounds, offering some stunning views of the bays and intricate waterways. From there, the Pacific Coast Highway passes a number of seal colonies and beautiful bays eventually leading all the way back to where our journey here began just one short week ago. Christchurch, which sits close to an active fault line, was devastated by a 6.5 earthquake in February 2011, which followed a 7.2 earthquake just 5 months earlier. It killed 185 people and the damage left from the 2 quakes and the 100+ aftershocks that have followed have caused most business owners to closed up shop or move to less ‘volatile’ areas, leaving the city at times seeming like abandoned ghost town yet still strangely appealing. Its central location makes it an good place to fly in and out of. On that note, it is now time to say goodbye to New Zealand and head back to Melbourne to re-join forces with Jason who arrives back from India, and set off on the next leg of our adventure – Southern Australia.