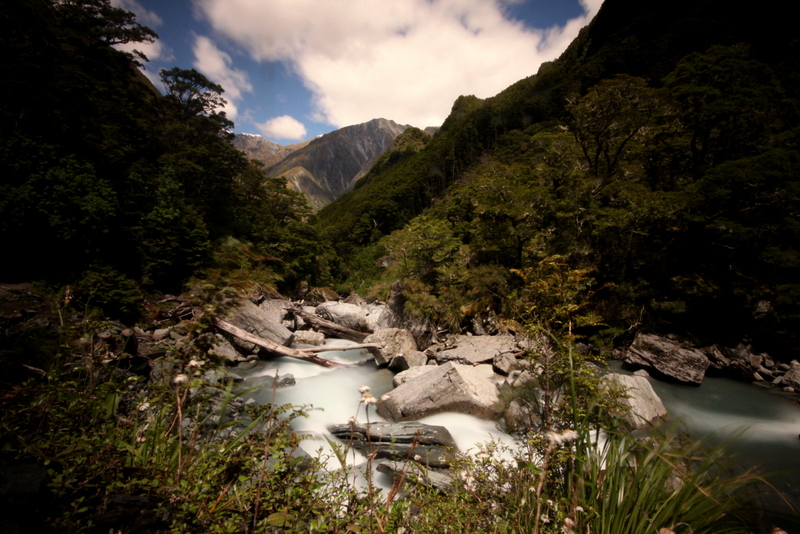 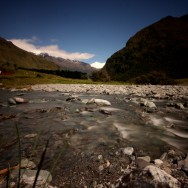 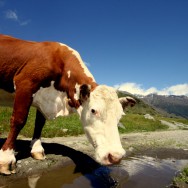 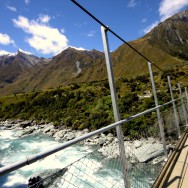 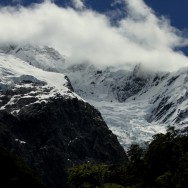 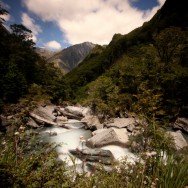 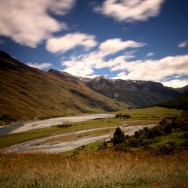 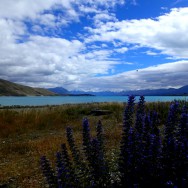 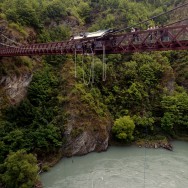 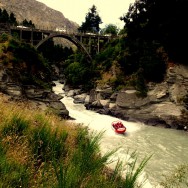 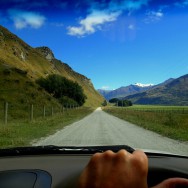 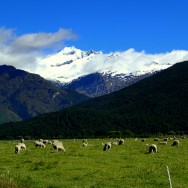 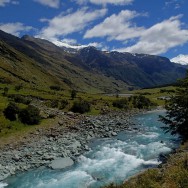 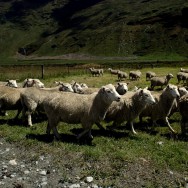 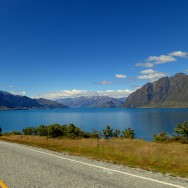 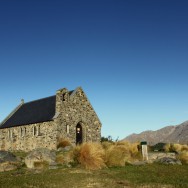 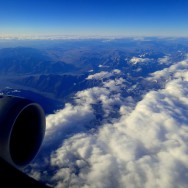 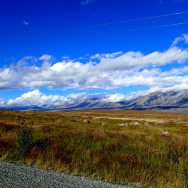 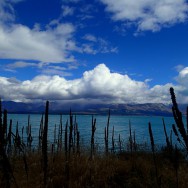 With Jason still traipsing through India, I thought it was a good time to fire up an update of my own from the Southern Hemisphere, where Dezi has joined me to spend a week exploring the south island of New Zealand. Its no secret that New Zealand is home to some of the most spectacular scenery in the world. It’s easy to get overwhelmed trying to explore all that it has to offer in such a short time, but we eagerly set off south from Christchurch in our rental car toward the jagged mountains and river valleys of the Southern Alps. Mt. Cook (the tallest mountain peak in NZ) is at the center of this mountain range and sets a majestic back drop for Lake Tekapo and Lake Pukake. Rivers and lakes here take on a distinctive turquoise color which is caused by glacial “flour” – the fine grained rock particles in the melt water from the glaciers make the water appear cloudy. Pristine panoramic views are literally around every corner so frequent stops are required for photographs and letting the surrounding beauty soak in. Its no wonder why its been the setting for popular movies like the Lord of the Ring’s and the Hobbit (both filmed entirely in New Zealand).

Adding to the captivating scenery everywhere is the amount of sheep that dot the pastures and mountainous countryside. New Zealand is known for having the highest ratio of sheep to people at 9:1 (45,000,000 sheep to roughly 5,000,000 people). The cattle and animal farming here is distinguished in that it is natural pasture based grazing – animals eat grass and are rarely housed. This is opposed to the US system of raising cattle in crowded feedlots where they are fed or ‘fattened’ on a diet of corn and other grains (more cost effective but wreak havok on a cows digestive system). Its easy to see that the sheep and cows here are happy, and it is no surprise that the Kiwis export some of the best quality wool, meat, and dairy products like milk, cheese, and butter in the world. Driving and hiking in the mountains surrounding Lake Wanaka where sheep graze in the grass before lofty snow capped mountains, we were able to take in the serene atmosphere before we headed to the more adventurous part of the country.

Queenstown has become a magnet for all types of adventurers and has established its reputation for being the ‘Adventure Capital of the World’. It is a popular alpine lake resort town all year round, and it was here that pioneers and entrepreneurs innovated and commercialized the first jetboat (jet propelled boat capable of navigating shallow and fast flowing rivers in less than 3 inches of water), as well as established the world’s first commercial bungee jump operation. While nature lovers of all kinds are enjoying hiking, mountain biking, or kayaking, the more adventurous adrenaline seekers are busy skydiving, bungee jumping, rock-climbing, or helicopter skiing. Whatever level of thrill seeking one is after, Queenstown is the worlds Mecca for adrenaline junkies and adventure enthusiasts. Its easy to get caught up the the latest and greatest of the extreme adventure tourism industry, so we will be trying hard to not jump out of any planes or abseil any canyons.

From here, our journey will take us up the West Coast to the Fox and Franz Joseph glacier valleys and then up to the northern Marlborough sounds. It’s peak season during the summer months of January and February and there is no time to waste. Its a far cry from the chaotic streets of India… here the campervans are on the move, the glaciers are melting and rivers flowing, and there are probably some hitchhiking backpackers on the outskirts of town waiting for a ride, so we are off.