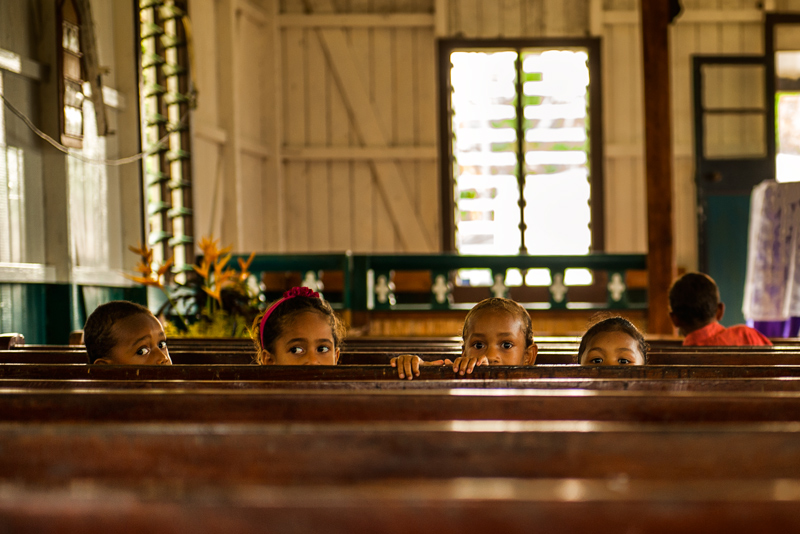 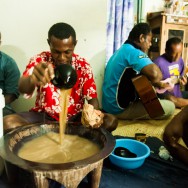 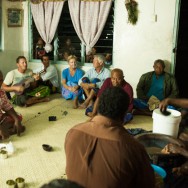 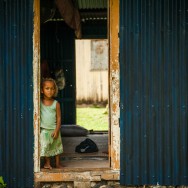 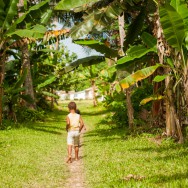 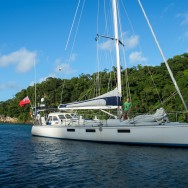 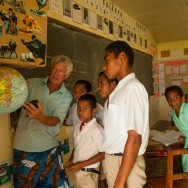 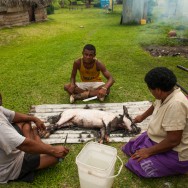 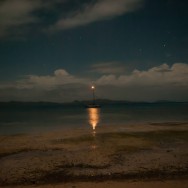 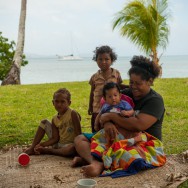 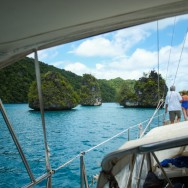 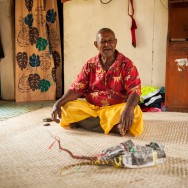 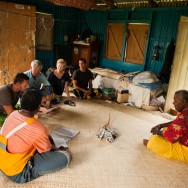 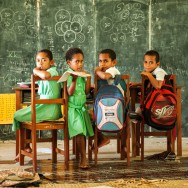 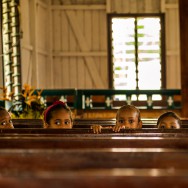 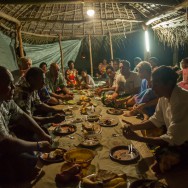 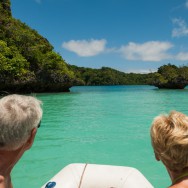 On the east side of Fiji lies a group of barely known islands called the Lau Group. With no Fijian port of entry this far east, and with cruising here essentially prohibited by a bureaucratic permitting process, the Lau Islands today remain virtually untouched by western people and corporations. The islands are habited by traditional Fijian families who live in small villages in many of the Laus. Each village behaves as a single community where its members share everything freely among each other in a system of tribal-like socialism. How or why their cooperative system has worked so well for so many generations is difficult to understand for those of us from the western world, but for whatever reason they do just fine without any of the things we consider necessities in modern economies (stores, money, consumer products, even the concept of private property). There is no tourism whatsoever in the Laus, but with the relaxation of the permitting procedure for sailing yachts earlier this year, it is now finally possible for sailors to visit the Lau Islands and get a taste for the ancient Pacific Islander lifestyle in its pure form that is nearing extinction.

The problem with the Lau Group, from the visiting sailor’s perspective, is that it sits upwind from Fiji’s most easterly port of entry in Savusavu. Getting to the Laus requires about a 80 mile sail straight into the prevailing winds, which is enough to keep most sailors away. And with no real break in the weather, it almost kept us away too. But our curiosity trumped the weather, and after a wicked 14 hour day of smashing into 25 knots of wind, we were in the Laus.

The Fijians living in the Laus are some of the friendliest people anywhere, so it’s possible to be invited into their villages and be treated as a sort of guest of honor, provided you observe the traditions and respect their cultural rituals. This means that upon entry to a village in proper attire (meaning sulu skirts, even for men, covered shoulders, and no hats) you should go straight to the village chief (“Turaga”) for a ceremony known as “sevusevu”. Here you present to the village chief, by dropping near his feet, a traditional kava root gift offering, which is used to create the Fijian “grog” drink (an alternative to alcohol in this liquor store deficient part of the world). When the chief picks up your offering from the ground, this indicates you’ve been accepted as a guest of the village, he blesses your visit in Fijian, and you are then free to explore the village with the help of the village’s headman (an ambassador for the village who is called the “Turaga ni Koro”). All this may sound like a touristic gimmick, but that is by no means the case – the concept of tourism doesn’t yet exist in the Laus, so the ceremonial practices must be taken seriously and respected.

We were just the fifth sailing boat to visit the Susui village this year, and our experience during our two days here has been unforgettable. We were invited to tour the village with the Turaga ni Koro, visit their small school (17 students), and attend church. Purely by luck, the village was having a big feast that night, and we were invited to join that too, which of course led to a more rambunctious grog drinking ceremony afterwards (which is really just the village men assembling in a room, mixing the sedating kava root with water, then gulping as much as they can). The invitation to “grog” was a sincere honor for us, as the Turaga ni Koro told us no westerners have ever attended one of their grog ceremonies. This is where Piers brought out his guitar and showed the Susuis a bit of western culture, Bob Marley style, which was a treat for the villagers and caused a crowd of village women and children to gather outside where they could listen and peek through the windows.

The truth is that we have mixed feelings about the opening of the Laus to sailors, and presumably to further western influence over time. On the one hand we loved the opportunity to meet native people and experience an entirely different way of life and a new type of tradition. On the other hand, we expect the gradual opening of the Laus is a first step towards more western influence and the corporate invasion that always follows. This would also mean the erosion of the traditional way of life here and a shift towards a money based economy probably based on the expanding tourism industry in Fiji. In an ominous sign of things to come, Mel Gibson recently purchased one of Lau Islands just 15 miles from Susui… it would be heartbreaking to return to Susui some years from now to find a holiday resort where the village once had been.