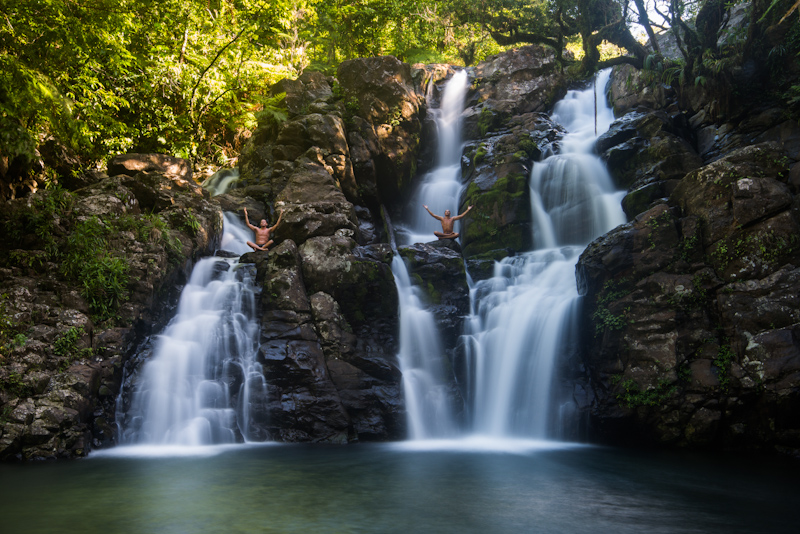 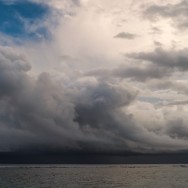 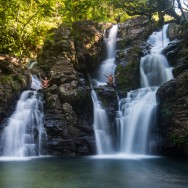 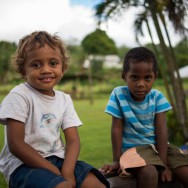 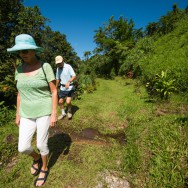 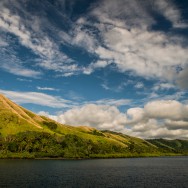 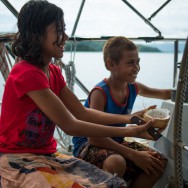 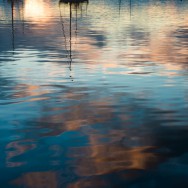 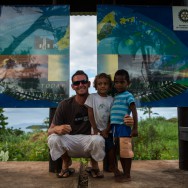 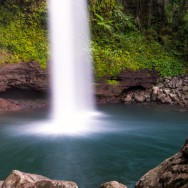 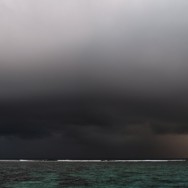 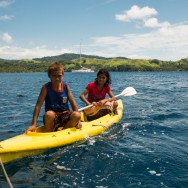 We’ve been roaming around the world pretty much nonstop for the past 18 months. In the process we’ve been shedding some concepts that are useful in a stationary life, and adopted ones that are more useful for nomads. The way we think about location and time is one example of this. We used to think of our location in terms of fixed landmarks, like street addresses, and time in terms of whatever the nearest clock says. Both of those concepts lose relevance on a circumnavigating boat and have now faded into the background for us. Landmarks and addresses are rarely available on the sea, and our routine practice of crossing time zones ensures the clocks around us are always wrong. The fixes we’ve adopted are simple, work universally, and are never subject to confusion. We think the world would be an easier place to live in if everybody adopted the sailing conventions we now use.

Instead of defining a place by its address, we use its latitude and longitude coordinates. Every position on Earth can be easily described by these two numbers, which identify how far north or south of the equator you are (the equator represents the 0 degree line for the north/south latitude coordinate) and how far east or west you are of Greenwich, England (Greenwich is by convention the 0 degree “prime meridian” line for the east/west longitude coordinate). With these two simple numbers, we can describe any location in the world with pinpoint accuracy (our current position is 16.46s, 179.58w). And without any effort at all (thanks to modern GPS devices) we can determine exactly how far any place is from our current position and in what direction – even maps are optional once you become accustomed to using the coordinate grid. Why the concept of coordinates hasn’t found its way into the lives of land lovers remains a mystery to us.

The importance of Greenwich, England, also has importance for how we think of time. Instead of using the local time, which to be accurate, also requires a correct understanding of which time zone you’re in, whether they’re currently on daylight savings, etc. we simply always think of time in terms of the time in Greenwich. The time in Greenwich doesn’t change for daylight savings, so Greenwich Mean Time (aka GMT, aka UTC) is always a fixed time coordinate we can rely on wherever we are. The confusing idea of time zones, and the hassles that go along with traveling, communicating, and doing business across arbitrary time zone borders, we think should become relics of our foolish past.

The reason we’re thinking about this now is no more of a coincidence than it would be for a first time visitor to Greenwich. That’s because we’re in Fiji, which sits on the 180 degree east/west line directly on the other side of the planet from the Prime Meridian – we can’t get further away than this. Interesting things happen here on the 180 degree meridian line…. interesting at least for geeks like us. We’ve gone so far west on this voyage that at this moment we’re crossing from the west into the east (our longitude coordinate changes from 179.99W to 179.99E when we cross the meridian, and we now start counting down towards 0 as we get closer to Greenwich). Even more interesting is what happens to time because the 180 degree line in Fiji is also the international date line. With a single eastward step here on Taveuni island we can leap 24 hours back into yesterday. Stepping back across the line literally brings you back to the future… fancy Delorion car not needed. For a New Years party, pardon, parties, this would be the place to be.

But the real excitement is on board because a few days ago our parents joined us. It was Mom’s birthday on October 8, so we had hoped to give her two birthday celebrations, but bad weather prevented us from getting to the date line in time. With the nasty cold front now having moved through overnight, we’re waking up to bright blue skies, warm weather, and calm blue water that looks perfect for a swim and a waterfalls hike. And that means the time for blogging is officially over.