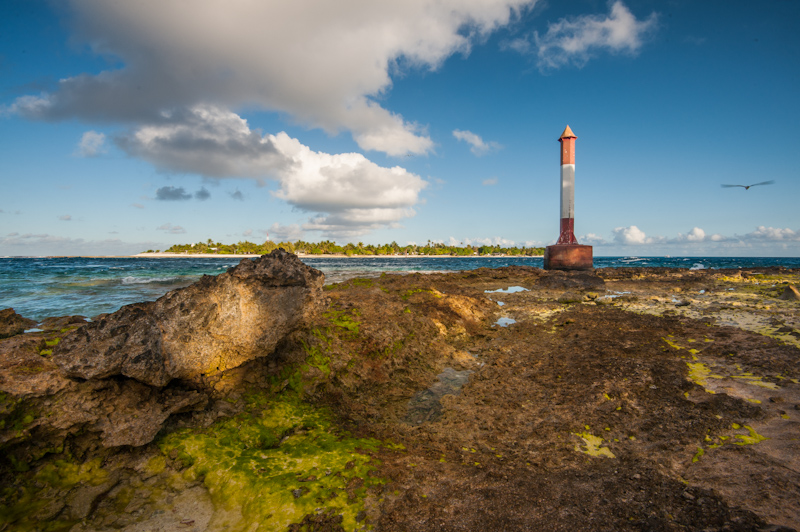 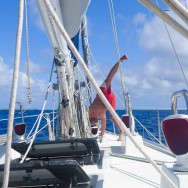 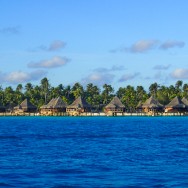 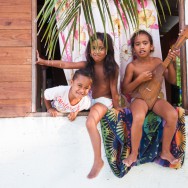 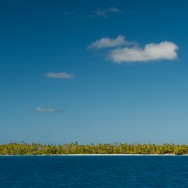 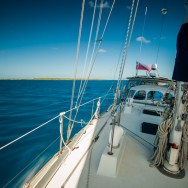 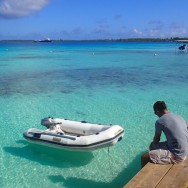 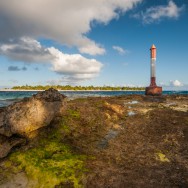 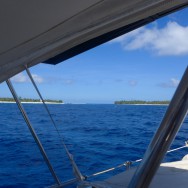 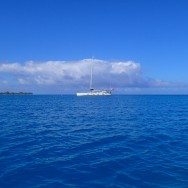 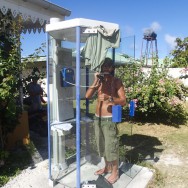 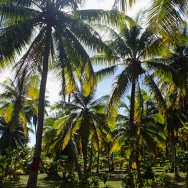 Every place we go seems to have a unique set of sailing challenges either relating to the weather conditions or the geography. In the Mediterranean it was the fierce seasonal winds and lack of shallow anchorages. In the Caribbean it was the poorly charted shallow areas and impending tropical storm season. It is always something different, which is why this type of sailing is such an impossible skill to master…. the more you sail, the more you understand how much you DON’T know. This probably explains why we don’t find many arrogant skippers around the place – those ones have probably finished their sailing careers upside down or perched sideways on a reef somewhere.

The Tuamotus is a place with perhaps greater challenges than any other we’ve been to so far. Skippers in these waters have compared the dangers in the Tuamotus to those of rounding Cape Horn, and although we think that’s overstating things quite a bit (the invention of GPS has made sailing here much safer since those claims originated), the Tuamotus is still a great place to end a sailing career or wreck a boat with a single minor oversight.

There are 78 islands in this archipelago, 76 of which are low lying coral atolls that are nearly impossible to see from further than 8 miles away. These islands were formed by volcanoes that long ago receded beneath the surface of the sea, but as they sunk coral continued growing towards the sunlight, leaving these unusual low lying ringed islands lingering just barely above the surface. It is a bizarre feeling to be sailing among the islands at such close ranges and still frequently see only a totally flat horizon. Because of the curvature of the Earth, the tips of the palm trees start to become visible about 10 miles away, but you’d never notice them unless you were already looking out for them. This is the biggest reason most people sailed way around the Tuamotus before the invention of satellite navigation, and also why every atoll has an impressive number of shipwrecks dotting their outer shores.

With modern technology it’s easy enough to avoid crashing into the atolls. Entering the narrow passes into the lagoons is the real challenge and the one that seems to continue to baffle cruisers here today, including us. Water enters the lagoon, not just through the narrow passes as the tide rises, but also as ocean swells send waves crashing over the outer reef. All of this water has only one way out, which is through the passes, and this causes large currents in the passes, which are sometimes inflows and more often outflows. Depending on the direction of flow, the volume of water, the ocean swell, and the wind, entry can become impossible either because the water is flowing so fast that it overpowers the engine, or because standing waves form which can throw the boat around to the point that they can dismast even large sailboats. Predicting whether the flows will be in our out, and at what speed, is a complex multi-factor analysis, and many cruisers find it easier to just show up at the entrance and wait with binoculars, sometimes for hours, for the moment when tidal inflows or outflows neutralize the flow from the water entering over the reef. This moment of “slack water” when the current slows and begins to reverse, and the water goes flat, occurs four times each day and is almost always a safe time to enter.

After doing this five times now and spending hours free diving in the passes, we’re finally getting comfortable predicting conditions and maneuvering around the Tuamotus. Unfortunately this is not very helpful as we’ve arrived at the far west end of the archipelago and it’s now time for us to head for Tahiti, where our new knowledge about these islands will be completely useless. We might hit one more atoll on the way out of the Tuamotus if conditions permit, but otherwise we’re taking advantage of the ideal wind forecasted for the weekend and making a beeline for Papeete, Tahiti’s capital city, about 175 miles west of our current position. It’s been almost two months since we’ve seen a grocery store or had a decent internet connection, so we’re looking forward to a brief encounter with civilization (with an emphasis on the “brief” part).