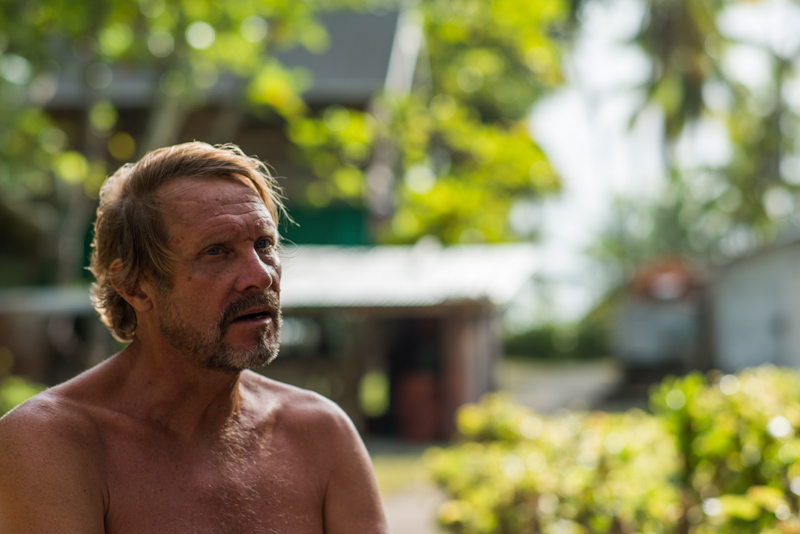 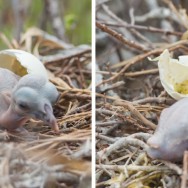 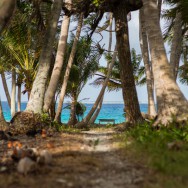 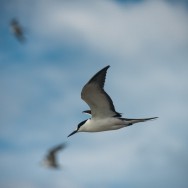 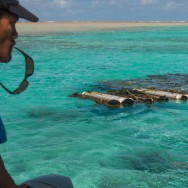 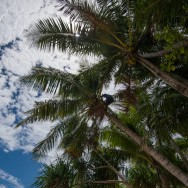 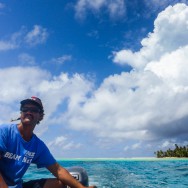 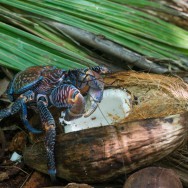 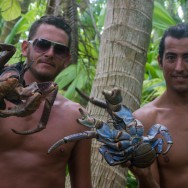 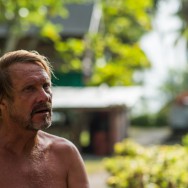 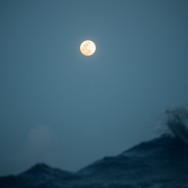 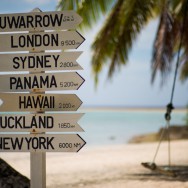 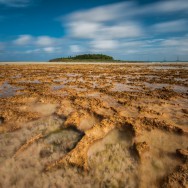 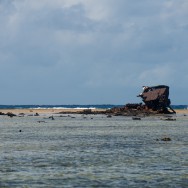 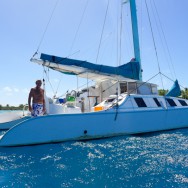 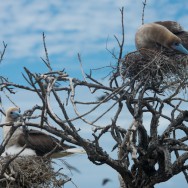 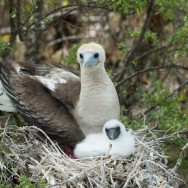 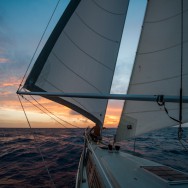 Once again we’re benefiting from the group of experienced bluewater sailors following our journey through our blog. We had never even heard of Suwarrow before Brett and Debbie aboard Interlude III (another Sundeer similar to ours) emailed us a couple weeks ago telling us not to miss it and helping us incorporate it into our route from Bora Bora to Tonga. To them we say thank you, because the past few days have been some of our very best.

Suwarrow is a small and remote atoll that gets only a tiny number of visitors…. we were boat 124 for the year and one of the very last for the season. If it wasn’t for the world’s most famous hermit, New Zealander Tom Neale, pretty much nobody would know about this place. Neale’s book “An Island to Oneself” chronicles his 20 years living here in isolation, and although that story is passionately disputed by one of the island’s two caretakers here (who claims he and his family lived here the whole time and barely ever saw the lying “hermit”), none of it matters much to us. The experience in Suwarrow isn’t nearly as much about its quirky history as it is about the creatures roaming the motus and swimming in the lagoon. With a huge population of nesting birds, giant Coconut Crabs, whales, dolphins, and a ridiculous number of sharks, the wildlife here easily rivals the Galapagos. This makes Suwarrow possibly the best kept secret in the Pacific and hopefully it stays that way for a long time… whatever you do, don’t tell a soul.

When the Port Captain in Tahiti cleared us out of French Polynesia and heard we were bound for Suwarrow, he told us there might be a marooned sailor there in need of supplies. On arriving in Suwarrow, we found Daniel and his unlucky 50 foot catamaran which had been boarded by a rogue wave back in July nearly 300 miles north of the atoll, which flooded both hulls, broke his mast, and wiped out most of his systems. In a story of survival we expect will someday end up in a book or TV show, Dan bailed out his flooded hulls, repaired his engine, and jury rigged his broken mast, then limped to the nearest downwind shelter. He’s been stranded here in Suwarrow for two months repairing his boat and will finally be motoring away next week when the winds are forecast to calm down.

After delivering food and diesel to Dan, we invited him aboard for a proper dinner that night so we could hear more of his extraordinary tale. With our minds officially blown by 2am and a few too many rum and cokes down the hatch, Piers noticed something we all dread to see – our dinghy, which should be tied to the back of the boat, gone. We pulled in the painter, which was still attached to the cleat on the stern, to find the dinghy’s bow loop had pulled completely out of the fiberglass. With 20 knots blowing straight towards the shallow atoll reef, Dan and Piers grabbed a flashlight and scrambled into Dan’s dinghy. More than an hour later they finally returned…. they had found the dinghy four miles away skipping across the reef towards the breakers. Another 10 minutes and the dinghy would have been either destroyed on the coral or adrift in the open Pacific on its way to the Samoan Islands.

So here we are anchored in the middle of the crater of an ancient sinking volcano in the middle of the world’s biggest ocean. The blue Pacific waters outside the reef are a boiling cauldron of whitecaps thanks to three weeks of steady 25kt winds and a big southeasterly swell. Inside the Suwarrow lagoon, safety and tranquility. The coming calm weather in a few days will be Dan’s best friend as he slowly motors his way out of Suwarrow’s shelter and heads upwind to Tahiti. For us, heading downwind to Tonga, those same calms are our enemy. So we are pulling anchor now and saying goodbye to our new atoll friends we’ve met here, and will be trying to beat the calm weather to our next anchorage 717 miles away.

Our bandwidth is again limited due to our remoteness, so the remaining Suwarrow pics will come when we get to Tonga.