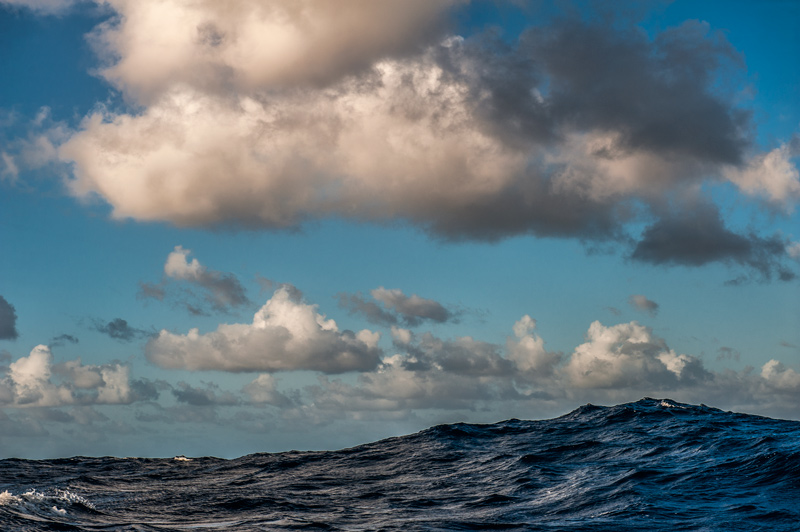 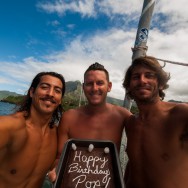 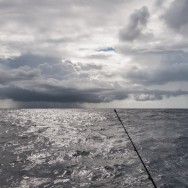 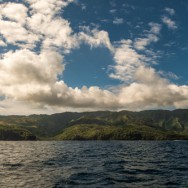 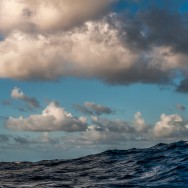 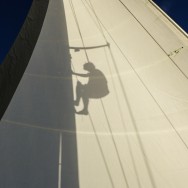 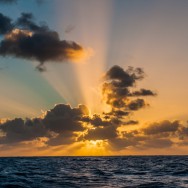 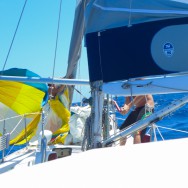 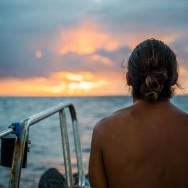 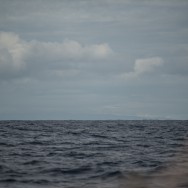 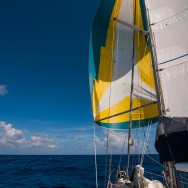 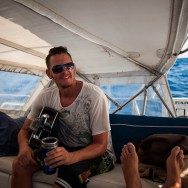 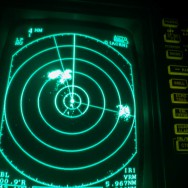 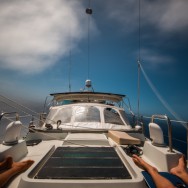 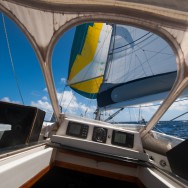 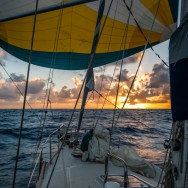 It would be unfair to the Indian Ocean and the Atlantic to say the Pacific is the world’s greatest ocean. They are all giants and each is worthy of the seafarer’s most profound respect. But privately, after dedicating about a month of our lives to crossing this behemoth, we think of this one as something different from the others. With Panama 4000 miles behind us, and the Marquesas Islands now visible off our starboard bow, it’s tempting to bake our last chocolate cake and celebrate the completion of our Pacific Ocean crossing. But to do so would just demonstrate our ignorance about what this ocean really is all about. The computer tells us that Singapore, still on the shores of the Pacific, remains more than 7000 miles ahead of us, trivializing our accomplishments in this ocean so far. This slightly irritating factoid probably won’t stop us from baking the cake today, but the truth is that we probably don’t deserve it yet.

This realization is nothing to be upset about because there are some very redeeming things to consider about our current situation (and I’m not just talking about chocolaty treats). I’m of course talking about everything else that lies ahead in our remaining time in the Pacific. In many ways we’ve been looking forward to this portion of our voyage more than any other so far, and Hiva Oa now directly in front of us marks the official arrival of this anticipated moment. The tropical islands of the South Pacific are perhaps the most beautiful in the world; their remoteness has left their shores virtually untouched, and their indigenous cultures largely in tact (despite European colonization of all the South Pacific Islands in the late 1800’s). The underwater life in the South Pacific has no equal anywhere thanks to the abundance of volcanic archipelagos (and the coral growth that accompanies them) which dot the next 3000 miles of ocean. Then comes Australia and South East Asia, with landscapes and photo opportunities that are probably second only to Iceland, plus a whole new world of cultural variety far removed from anything we’ve come across yet on our voyage. We would say we can’t wait to get there, but the truth is, given our envious position at the most upwind end of the South Pacific Islands, we can.

With the exception of a handful of other mid-ocean yachties, a few astronauts in the ISS, and possibly Edward Snowden (we don’t know because we haven’t checked the news lately), few people can say they haven’t been inside a country yet this month. As of a few moments ago there are now three less people who can make this odd claim. That’s because we have just sailed out of international waters and crossed into the territorial waters of…. drumroll…. wait for it…… France, or more specifically, its “collectivity” French Polynesia (home to the Marquesas Islands, the Tuamotus, Tahiti, and the Societies among others). Most of the imperial powers gave independence to their overseas colonies long ago, but for whatever reason the French have decided it’s a better idea to keep control over their most beautiful islands around the world, something we noticed earlier this year in the Caribbean. And although we can’t blame them too much for this (we’d probably do the same), it does feel a bit strange to be in this hemisphere on this side of the globe, and still be under the jurisdiction of decision makers in Paris, literally a world away. It’s particularly strange because the culture here and the vast majority of inhabitants are primarily native Polynesian, not French, and it’s been that way since the beginning of recorded human history. We understand that many Polynesians have been less than 100% happy about their newfound French-ness, particularly the nuclear weapons testing part of it, which took place down here until the mid 1990’s (officials in Paris apparently finding the Marquesas better suited for it than a place closer to, say, Paris). But as so often is the case in a world dominated by militarized western powers, the interests and desires of the native people tend to be counted for little….it’s just the way things are. And so it is.

The last few days of this crossing have been a challenge, with squally weather, variable winds, and a lumpy seastate that feels disproportionate to the mostly light winds we’ve experienced. Each time we’ve set the sails, something’s changed within an hour (normally the wind dying to a few knots or making a big directional change) and we’ve had to reconfigure. So we’ve spent a good amount of time working on the deck and also a chunk of time on the motor, none of which has put a damper on the excitement level. Despite missing the perfect finish we were hoping to describe in these paragraphs, we consider the 18 day crossing to be a huge success, fortunately without any overly expensive learning lessons. We hope this is a sign of progress, not just good luck, time will tell. Now it’s time to prepare the boat for entry formalities and, more importantly, prepare ourselves for a cold beer ashore.

UPDATE: Now that we have found a wifi connection, We have uploaded photos to the two prior Pacific Crossing posts.