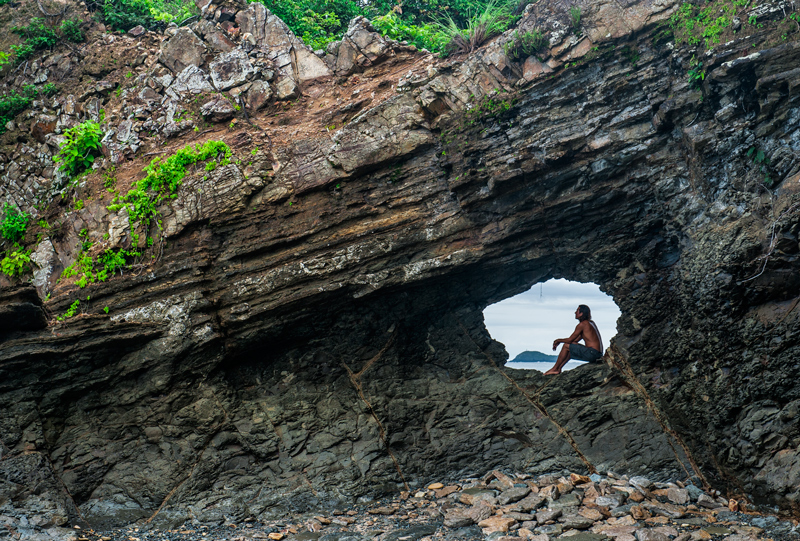 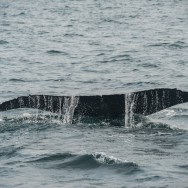 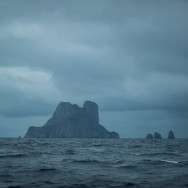 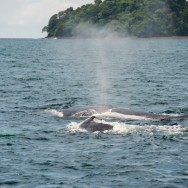 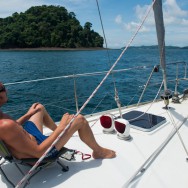 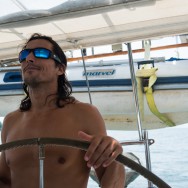 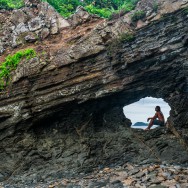 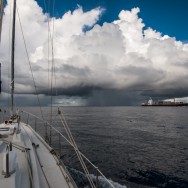 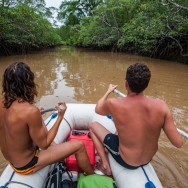 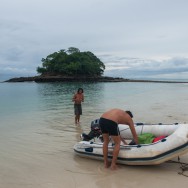 We leave Panama with a sense of relief, but more than three months later than we had originally planned. We’ve elected to minimize our remaining time on this side of the Pacific because the islands on the other side offer far more for us. The cyclone season down there will force us to depart the South Pacific by mid-December, so we value each day there. The Perlas Islands, just 40 miles south of Panama City, deserved much more than the two days we gave them, particularly with the incredible whale watching during this time of the year. But with clear weather ahead and all ship systems ready, we decided it was time to sail.

And so we begin our second ocean crossing of our around the world journey. At 3700 nautical miles, the Pacific is an even bigger challenge than the Atlantic. Like the Atlantic, our focus is again on the weather, particularly the wind. We benefit greatly from the experiences of mariners who’ve thoroughly explored these waters over the past several centuries and contributed to the encyclopedia of knowledge we rely on modernly…. without them our current task would be unthinkable.

The area we’re now sailing through, immediately southwest of Panama, is known as the doldrums – an band of low barometric pressure known for its light (or nonexistest) winds that, on this side of the American continent, extends south to about the 0 degree line of the equator. Our goal now is make southerly progress towards the equator where we’ll pick up the “trade winds” that blow dutifully from the southeast throughout the year (named that way for their value to the old trading ships). Until we reach the equator, we’ll likely be spending plenty of time on the motor and dealing with potentially squally weather, so we’ll be keeping a close eye on the horizon. We’re also avoiding the temptation to stay too close to the South American coast… the strong onshore currents have been known to trap many sailors (sometimes for weeks at a time) in what’s known as “the Fishbowl”, where many unscheduled trips to Colombia and Ecuador have begun. There’s just one scheduled stop on our Pacific crossing, which will be the Galapagos Islands now about 600 miles ahead of us and resting directly on the equator about where we’d want to go anyway.

The only other land mass between Panama and French Polynesia is the tiny isolated Colombian island of Malpelo (~1/2 mile long and 900 feet high) which is a UNESCO wildlife sanctuary and is known for its massive population of sharks and other underwater wildlife. As we passed just 5 miles from Malpelo a few hours ago, we requested entry with the Colombian Navy stationed there, but our request was declined and we were told to keep 25 miles away… a request we complied with after getting our photo. Our cold reception was probably the result of a well-known 2009 incident there, when a Costa Rican fishing fleet slaughtered over 2000 sharks in a single profitable night (shark fin soup reportedly sells for nearly $100 per bowl in some Asian restaurants).

It should be another five days of sailing before we reach the Galapagos. Our sat com is on the edge of its coverage area, so updates from here may become more sketchy.