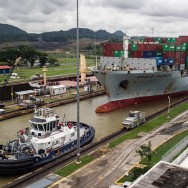 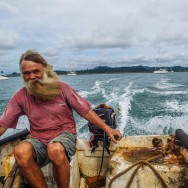 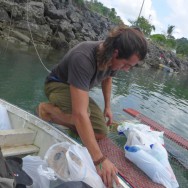 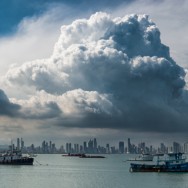 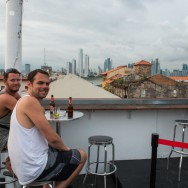 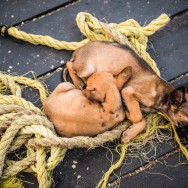 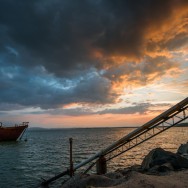 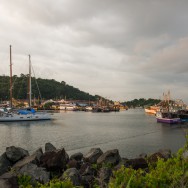 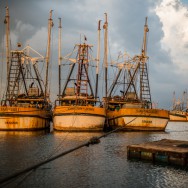 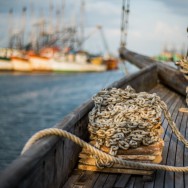 The last couple weeks have reminded us that “sailing around the world” should more appropriately be called “fixing a boat around the world”. Our averages for the past 16 months since beginning this exercise in so called “sailing” are not impressive… if we categorized our days by activity, they’d look something like this:

If you’re good at math, you’ll immediately recognize that just 1 in 5 days are actually spent doing things that are fun (the ones we normally write about). Our numbers, we think, are about par for the course because we don’t see a whole lot of people beating our figures so far, at least not anyone trying to circumnavigate in three years or less. The trick people use to improve the averages is to slow down or just stay in one area, like the Caribbean or the Med, often for years or even decades, which is why so many “circumnavigations” morph into extended regional cruises.

So now we find ourselves fighting a seemingly absurd collection of forces that are trying to keep us in Panama City and morph our circumnavigation dreams into a decade long Central American cruise. And while that‘s probably not going to happen, weeks like these do drive us a little nuts and make us question the advisability of an endeavor like ours. We won’t call our current situation an ATL (all time low), but we’re approaching the danger zone if our solar panel work drags on any longer. The good news is that our whining should come to an end by the middle of next week because our Panamanian departure is finally in sight and that means we should be Galapagos-bound shortly.

Equally exciting is the last minute addition of Javier to our crew list, who’s someone we had never even spoken to before last week. Because we’re about to head across the Pacific, this means he’ll likely become a major character on our storyboard, so get used to hearing his name (“Javi” is his nickname so far, but that might change). Javi is from Barcelona and is much smarter than we are. I say that because he’s sailing around the world like us, but has somehow figured out how to bypass the annoying task of owning a boat. Instead he hops from boat to boat like a professional hitchhiker and people like us are glad to welcome him aboard. He’s quadralngual (four languages and learning a fifth) and an accomplished sailor which will be a huge blessing in our shift scheduling across the Pacific and through the islands on the other side. We’ve had great experiences when we’ve done similar things in the past with Legend and Rupe, both of whom have become major characters in the earlier part of our story, and have turned into great friends in the process.

So it’s our last weekend in Panama City (we hope) and this is our last chance to experience some of the city’s somewhat famous nightlife scene (the city has little else to offer other than its nightlife). It’s got a touch of Miami and a touch of Vegas, but way fewer rules, and that’s a pretty good combination if you’re into things like gambling, partying, bar hopping, and crazy Saturday nights (some of which we’re not totally opposed to ourselves from time to time). But if you ever find yourself down here, be careful because the large tourist and gringo expat population from the north (or to be more accurate, their wallets) attracts flocks of ultra-friendly beautiful Colombian “working girls” from the south, many trying to one-up each other with bigger and rounder fake silicone butts (yes butts, not boobs, and for northerners who’ve never seen this before, it can be an impressive and expensive sight). The “working” situation isn’t totally obvious at first so when we went out last weekend we thought we were simply on fire with the ladies, even inventing a couple new dance moves before figuring out how things really work around here (i.e. $150/hour)…. but for that one legendary “hour of confusion”, wow, we suggest you try an hour or two yourself (of confusion, that is).