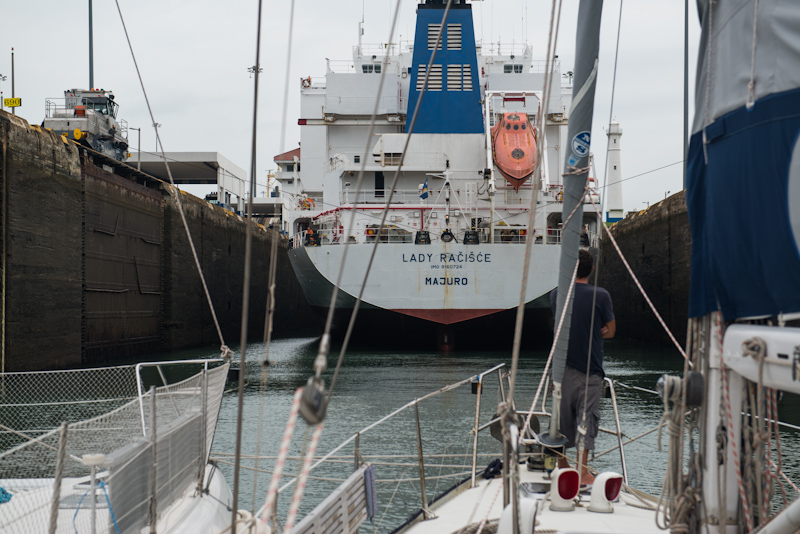 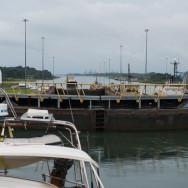 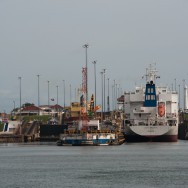 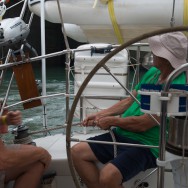 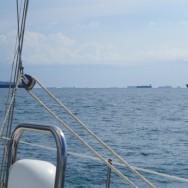 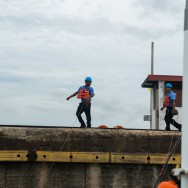 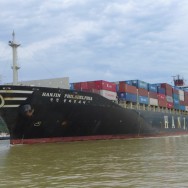 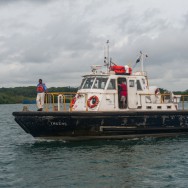 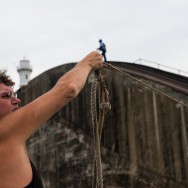 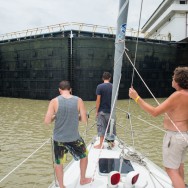 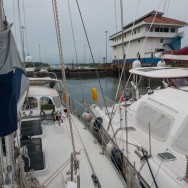 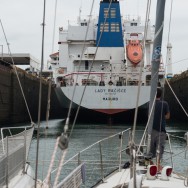 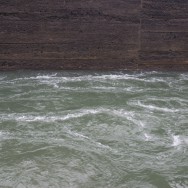 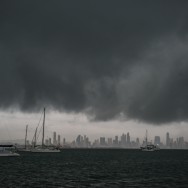 In a way what we’ve just done is a form of cheating. Until 100 years ago, a circumnavigation by sailboat would require a trip around Cape Horn at the bottom of South America, far below the 50th parallel where the temperatures are cold, the seas huge and unpredictable, and where the winds blow fiercely from the west. Back in those days, before the invention of GPS, autopilots, and fancy communication equipment, novice sailors like us had no business circumnavigating at all…. to attempt it would be almost suicidal. But things have changed since then, and the biggest difference between then and now is the existence of the Panama Canal, which we think of as one of the world’s two greatest shortcuts (the Suez Canal at the top of the Red Sea being the second place rival). The cost for building this shortcut was steep – 22,000 French workers and 5600 American workers died during the complicated 35 year construction period, mainly due to Malaria and Yellow Fever, not to mention the cash expense (billions in today’s dollars).

Our transit through this 48 mile century-old megastrcuture from the Atlantic Ocean to the Pacific Ocean took just 24 hours. It seems outrageously expensive with fees approaching $3,000 for our transit and over $300,000 for the big super-tankers and cargo ships, but still a relative bargain compared to the alternative of sailing around the continent. Contrary to what many people think, the canal is not a big long trench connecting the two oceans. The canal is really a long freshwater lake (Gatun Lake) about 100 feet above sea level, with an “elevator” on each end to get boats up and down into the lake. The “elevator” on each end is a series of gated locks – boats go in, lock doors close, water floods the lock as the boats rise up, lock doors open, boats move into the next lock, and the process repeats three times until the final lock opens onto the lake. The process reverses on the other end of the 45 mile long Gatun Lake.

The transit itself was an unforgettable experience. The volume of large ship traffic forces you to wonder if the world might be a very different place if not for this canal, which not only is important for purposes of trade, but also for military planning, all of which has a huge impact on the world’s balance of economic and geopolitical power. It’s no surprise the place is swarming with a large US and Panamanian military presence.

For a boat like ours to transit the canal, we’re required to have four line-handlers aboard, whose job it is to secure ropes to the canal walls with the help of canal operators on the shore. For us this meant recruiting a few friends to hop aboard, which was a pretty easy task (thank you Sam, Frank, and Baz). We tied up alongside another sailing boat (Dragonfly) which was also transiting that day, which made things much more simple inside the locks (we take care of the starboard lines, they take care of the port side lines).

So here we are in the Pacific Ocean for the first time in our voyage and finally thinking seriously about all we have to do in this ocean over the next year. This is an exciting junction for us, but before we get started towards French Polynesia we first need a couple weeks to install solar panels and tie up some other loose ends on the boat…. as always, mechanical and electrical considerations are a big part of what this is all about. It also gives us a little time to explore Panama City, which we’ve heard great things about.

We’ve assembled a time lapse video of our exit from Gatun Lake, through the canal locks on the Pacific Side, and into the Pacific Ocean. You’ll notice no advanced sailing skills are required to sail from Atlantic to Pacific…. check it out: